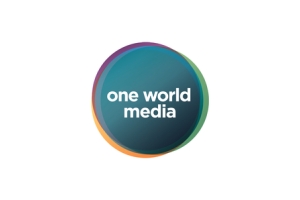 One World Media is delighted to announce this year’s outstanding list of Awards nominees for reporting from and about the developing world. Click here to view the full list.

Grain Media’s celebrated documentary about the battle to save the world’s last colony of mountain gorillas, Virunga, is nominated in two categories: Documentary, and Corruption Reporting. Channel 4’s man in South America, Guillermo Galdos, is nominated again for the category he won last year –   International Journalist of the Year.

“This has been one of the most challenging and interesting judging years and we’ve had a record number of entries,” says OWM’s Acting Director, Shyama Perera. “On the shortlists we have the leading news issues of the year – Ebola and the ongoing wars in the Middle East, and we have two new Award categories, Refugee Reporting and Women’s Rights in Africa.”

Surprises among the top contenders include first entries from media outlets like Nature and Intelligent Life, as well as indie production companies such as US-based SplitFrame Media for the Television Award, Redbird Productions for the Women’s Rights in Africa Award and Dutch digital media producer Submarine for the Digital Media Award.

The One World Media Awards are presented by Jon Snow and will be held at BAFTA on June 18. Tickets are on sale at oneworldmedia.org.uk/awards.