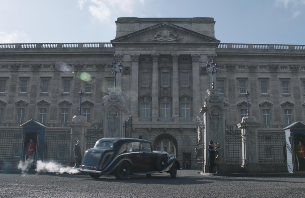 One of Us studios are delighted to announce their visual effects work on The Crown, the historical ten part series and latest original production from Netflix and Left Bank Pictures.

Directed by Stephen Daldry, Philip Martin, Julian Jarrold and Benjamin Caron, written by Peter Morgan and staring Claire Foy, Matt Smith and John Lithgow. The Crown is inspired by true events, with the first series focusing on a pivotal moment in British history.

Post-war Britain is in turmoil, King George VI has died and his daughter Elizabeth, young and vulnerable, ascends to the throne. The series is more than just an historical biopic, as it attempts to place the audience at the heart of this very intense and personal family story. 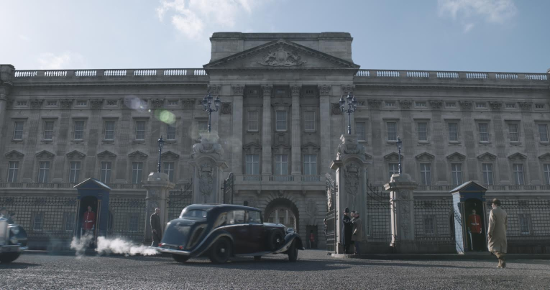 One of Us worked in 4k on all 428 visual effects shots for this project, with Ben Turner as VFX Supervisor and Standish Millennas and Kim Phelan as VFX Producers.

Given the nature of this series, the effects were hidden and seamless, in order to provide detail and scale and truly complement the narrative. Filmed at Elstree Studios and on location in South East England, North East Scotland and South Africa, Ben provided on-set supervision for all the VFX shots in the UK.

Ben Turner, VFX Supervisor, commented: “These events may have taken place 60 years ago, but they still feel very current because of the iconic locations and imagery involved, and so attention to detail was central to our approach in each and every shot.

We were there to enhance the locations and sets with scale and authenticity, ensuring the VFX sat comfortably on screen.  We produced a variety of work for a number of different scenes, but I would say recreating key sequences for the Royal Wedding, the funeral of King George VI and the coronation of Queen Elizabeth II were real highlights on this project for me”. 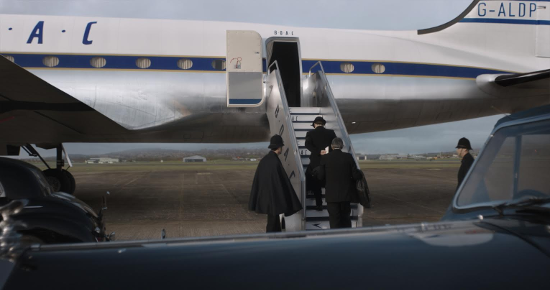 Ben went on to say, “VFX work of this nature can sometimes be more challenging than big blockbuster effects.  Working in 4k for around an 18 month period also creates its own unique set of demands and we invested considerably in infrastructure to support this.  Script changes, shifting schedules and budgets inevitably place pressure on a team, but it really was a joy to work on a project of this ambition and scale and we all worked tirelessly to ensure The Crown was the very best it could possibly be.  We are now getting stuck into series two!” 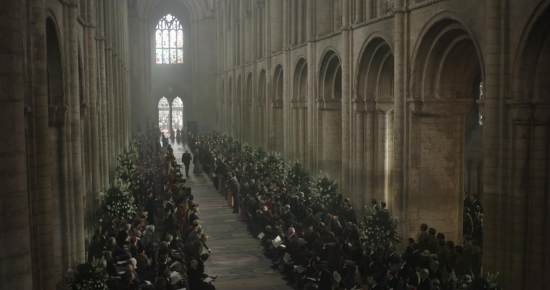 One of Us developed a tool within Nuke to populate a large areas with specifically shot crowd elements, helping to fill out big expansive shots with people. They used Enwaii photogrammetry software and Maya to create Buckingham Palace as well as a perfect CG replica of the Douglas DC4 aeroplane used on location in South Africa.

The Crown is available to watch on Netflix.

Amongst other projects, One of Us is currently working on: King Arthur: Legend Of The Sword (Warner Bros.) and Assassin’s Creed (New Regency), The Crown, Series 2 (Netflix).

Production Company: One of Us Studios