Says Colin Renshaw: "The renovations are just about finished and are very Alt." 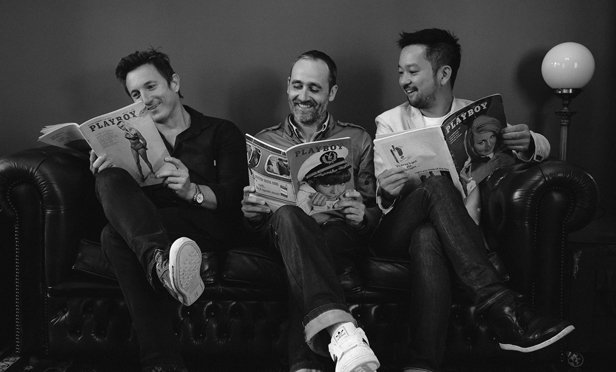 Following on from last year's announcement that Alt VFX was moving into a new space, founder and VFX supervisor, Colin Renshaw is pleased to confirm that the new studio in Darlinghurst is fully operational and has already delivered a number of exciting new projects.

Says Renshaw: "The renovations are just about finished and are very Alt. It's definitely a place you want to hang out in and soak up the atmosphere. We added more client suites and amped up the luxury."

With immaculate timing, Alt VFX's new general manager, Dave Kelly has now joined the company to oversee the Sydney operation and work with the experienced teams both in Sydney and Brisbane to continue to grow the business.

Says Takeshi Takada, executive producer and co-founder, Alt: "We are so pleased to have Dave as part of the management team. He

has a great VFX pedigree and is culturally a great fit."

Says Kelly: "I've been lucky to work with some of Australia's leading visual effects companies, supervisors and artists since starting in this industry in 1993. Garner MacLennan Design and Fuel VFX in particular, were significant contributors in terms of putting Australia on the map for commercial

visual effects and animation, and the team at Alt have well and truly picked up that baton and run with it.

"There is clearly an outstanding visual effects team here at Alt, headed up by Col and Jesse Bradstreet, but it's the production team Takeshi and Col have put together which is also really exciting. Executive producer, Kate Stenhouse and senior producer, Dawn Walker are two of this country's finest and they have done a wonderful job in setting the foundation for the Sydney studio. I'm really looking forward to supporting all of them to achieve the goals they have set for Alt, and to help take them to the next level."