One Direction Go to Great Lengths for Their New Perfume Commercial 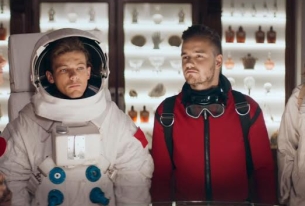 This new tongue-in-cheek spot sees the lads formulating their latest perfume, ‘Between Us’, with a blend of extreme ingredients. The brief, from Director Ben Turner, was to balance the entertaining script with a sense of style.

ENVY colourist Vicki Matich gave the film a 1960s Bond-style grade, saturating the bolder colours yet keeping a minimal palette, whilst an epic orchestral soundtrack is punctuated with subtle sound effects to accentuate the comedy.

Kieran Baxter tied everything together in Flame, including some tricky composite shots of the boys retrieving their ingredients from various hard-to-reach places.