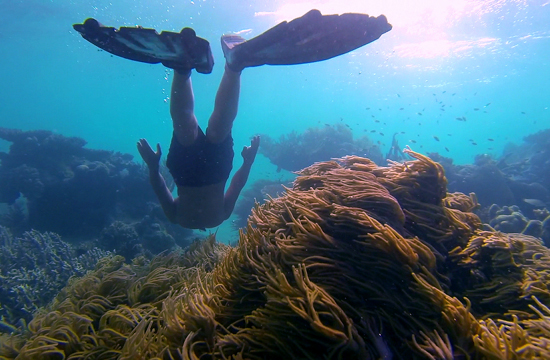 The competition was developed as a campaign for Tropical North Queensland and much was made in the media recently of the impressive short list. The winning film combined the talents of creatives from various sources including Sydney companies Heckler and Nylon.

Shot entirely on a Go-Pro camera, as per competition guidelines, the film tracks the story of 14-year-old Byron Bay teen Pascal Dattler and his love for the ocean. McMillan’s last film was the 3D Storm Surfers and the director said Pascal’s upbringing had made him a natural choice for the role. As well as spending a big chunk of his young life living on a yacht in North Queensland with his parents, he also survived life-saving brain surgery after a bad collision with a surfboard in 2010. 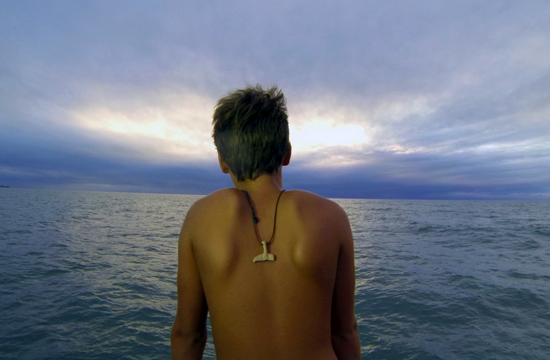 Senior editor and motion graphics designer at Heckler, Holmes is a passionate creative who believes strongly that the relationship between director and editor is a most distinctive one. From 30 hours of footage the final crafting of those winning 120 seconds was down to the editing suite and Holmes believes creative trust to be the lynchpin.

“There’s a great deal of trust between us and I feel really fortunate to be working with talented directors such as Justin,” he said. “We sit down before every edit and talk through the rushes in detail. In this case Justin had a really clear vision for what he was after, I was then able to create an extended edit around five minutes long and from there we crafted our final entry.”

“The exciting thing about this job was the sheer volume of extraordinary footage. It gave us the freedom to explore different ways of telling the story. Trust comes in here as it’s a shift in creative control and I’m looking at his vision through fresh eyes.”

McMillan, busy pitching his new feature film in LA, felt the combination of elements simply fell into place. “I love approaching Heckler with my crazy little ideas to make cool stuff - they're always into it and I love that about them,” he said. “It’s easy to get caught up in the commercial side of the business and forget why we were attracted to it in the first place. This reminded me of that and how lucky I am to have the support of such a great team.”