Once Upon a TV Commercial

The Influencers 313 Add to collection 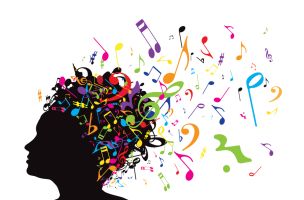 We all love a good story, one with a hero/heroine that we love and plot that we remember. TV advertising has the ambition to create a 30 second story, where we understand and retain the key message and the name of the protagonist – the brand.

In a recent report by Heather Andrew, CEO of Nero-Insight, she discovered that all the winning campaigns in the WARC 100 2017 awards showed three factors that brands consistently exploited in their story telling including "showcasing rather than overtly selling, making the brand intrinsic to the storyline, and having strong levels of interaction between characters – all of which help drive memory encoding." So far so good. But what the report also highlighted was that there are two areas that brands could better exploit in their storytelling: music and rhythm.

Agencies use many types and genres of music, mainly to either actively or passively support the narrative of the film. But according to Andrew, there is one factor where even the strongest campaigns can be vulnerable: the lack of insight in that the highest levels of brain responses to a story are elicited by music.

It would seem that many WARC 100 campaigns use a 'recessive' soundtrack – one that is present but in the background and that doesn’t produce the higher response needed to encode a message or association. Worse is that they may even be “a distraction that can have a negative effect on overall brand impact."

Musicians understand the importance of the silence in a composition. As Claude Debussy said so succinctly, "Music is the silence between the notes."  However, as Andrew reports, "many WARC 100 ads in the final, had an even rhythm with little contrast."

It will seem that if the brain has to process, without any moments to reflect, it will become unreceptive to new information like the name of the brand in the closing frames or tagline. Andrew calls this ‘conceptual closure’ with the result that people love a commercial without ever being able to remember what brand was being advertised.

The good news is that there is an opportunity here to learn and understand how effective use of breaks and pauses can be used to actually direct the brain to key parts of the narrative in the film. According to the neuroscientists, this will elicit a 20% higher memory response at key branding moments. And this is very different from editing music to fit the hit points of the film.

This new Lloyds commercial is a great example of how to use pauses in music to enhance the story.

If you are only after awards, ignore all of the above, but if you want to sell product more effectively it is potentially a missed opportunity”. Pause! – for thought!