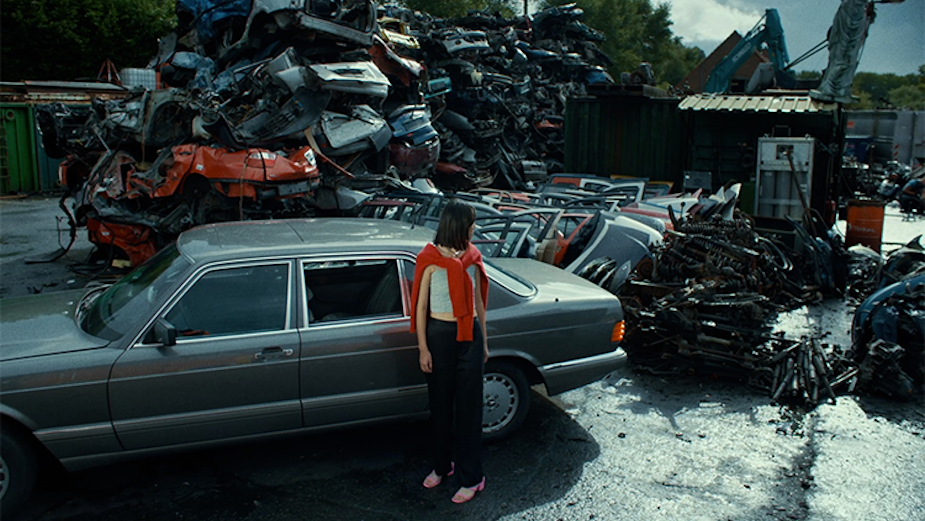 ‘Hanging Around Isn't Going To Make Anything Happen’ is a short film with a long title, and so much more. A crossover between a short fiction, art film, essayistic film and fashion film.

The whole soundtrack, SFX mix included, is carefully crafted by international creative music agency MassiveMusic with the purpose of conveying the message even more compellingly.

Amsterdam-based filmmaker Thomas Nuijten graduated in film at the Royal Academy of Arts in Ghent, Belgium. Proudly supported by film production company Mr.Frank, over the years Thomas has developed an elegant visual language, appealing to the emotional and intellectual registers of the viewer.

MassiveMusic virtually sat down with him and Job Poels, senior music producer at MassiveMusic Amsterdam, who worked on the music composition and production, to find out how to create the perfect synergy between the music and the moving image. 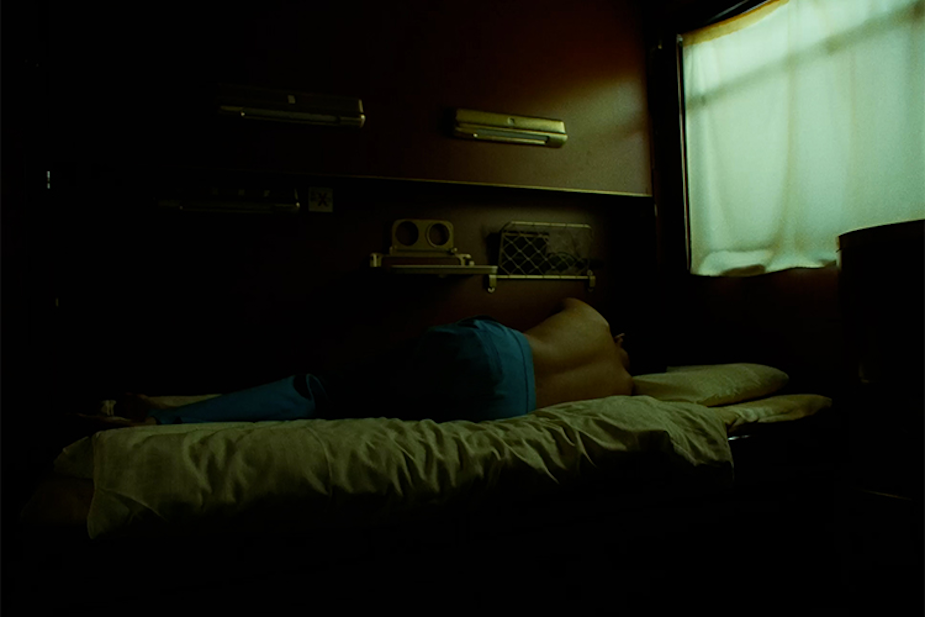 Q> Let’s talk about your movie. What was the emotional urge behind it?

Thomas Nuijten: The conception of this film took place during the first lockdown in the Netherlands. It wasn’t necessarily the trigger that got it off the ground, but it did influence the film a lot. I already had the idea to create something around the speed of our modern-day society. It’s easy to lose yourself in this flow, be it on purpose or not, and distance yourself from your inner world. Once the lockdowns hit worldwide, it was almost as if we came to a full stop.

For me, the conceptual direction started to take shape when I got diagnosed with Diabetes type one during the second month of lockdown. This sudden change and a realisation of the fragility and transience of the body and the world around us, almost impossible to control, was what pushed me further into the direction of researching the subjects of change, transformation, hope and grief in such a fast-paced world.

Q> How did you take it from idea to manifestation?

Thomas Nuijten: I teamed up with Miguel from Mr.Frank. After that, still quite early in the process, I asked Kasper Fjederholt - who I worked with for commercial jobs quite a few times before and who became a good friend of mine - to join me in the process and do the creative direction together. A lot of talks, free association and research brought us closer and closer to the final form. We used many existing concepts that we felt connected to - like, for example, the seven stages of grief - to help build up our narrative.

Once our concept and idea were in quite a solid place, MassiveMusic jumped on board and things started to take shape. Edit, sound design and music composition took quite some time to get right, but they all grew organically at the same time, which was the intention from the beginning.

In the end, a lot of people who seemed to feel connected to and intrigued by the concept and idea got involved, which is what helped make this film come to life. I can’t thank the people who were a part of this journey enough. 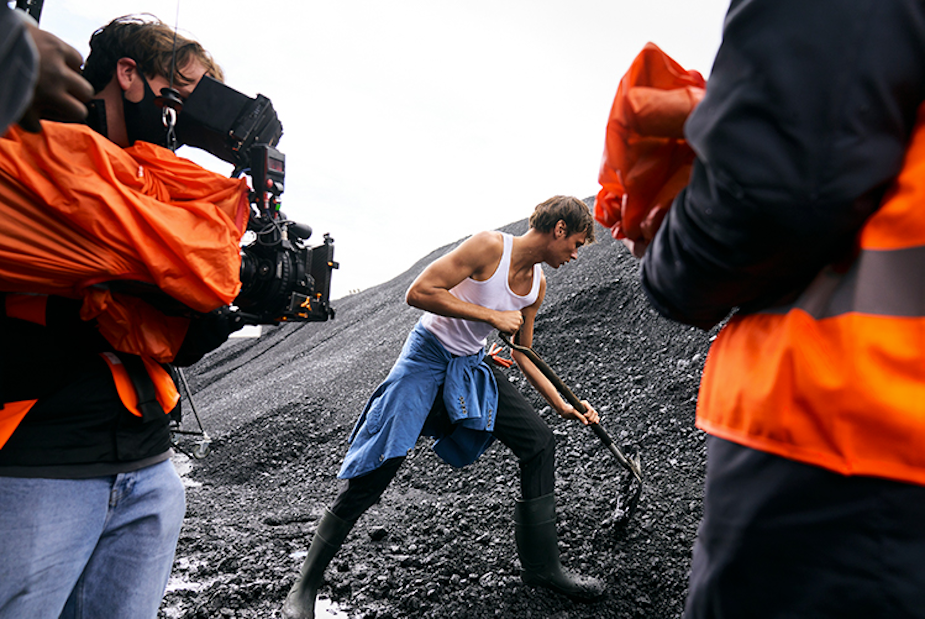 Q> Is there a specific reason you decided to include both music and sound design in this one?

Thomas Nuijten: We wanted to emphasise the inner stirrings of the characters and blur the lines between sound design and music – the sound design turning into music, and the music built up from parts of the sound design. This way we could highlight the rhythm and auditive texture of each location and scene and create a soundtrack that is a full-fledged part of the film.

Q> With such a wide range of music types featured in one film, do you feel as though this supported the visual performance or this conducted the film?

Job Poels: The storytelling and narrative that Thomas wanted to get across were always leading for both visual and audio. However, the moving image did serve as inspiration for what sounds to use in certain scenes. The score needed to emphasise emotions from the story, it being drama, chaos or relief.

Q> Why was there a need to capture the sounds of the environments? 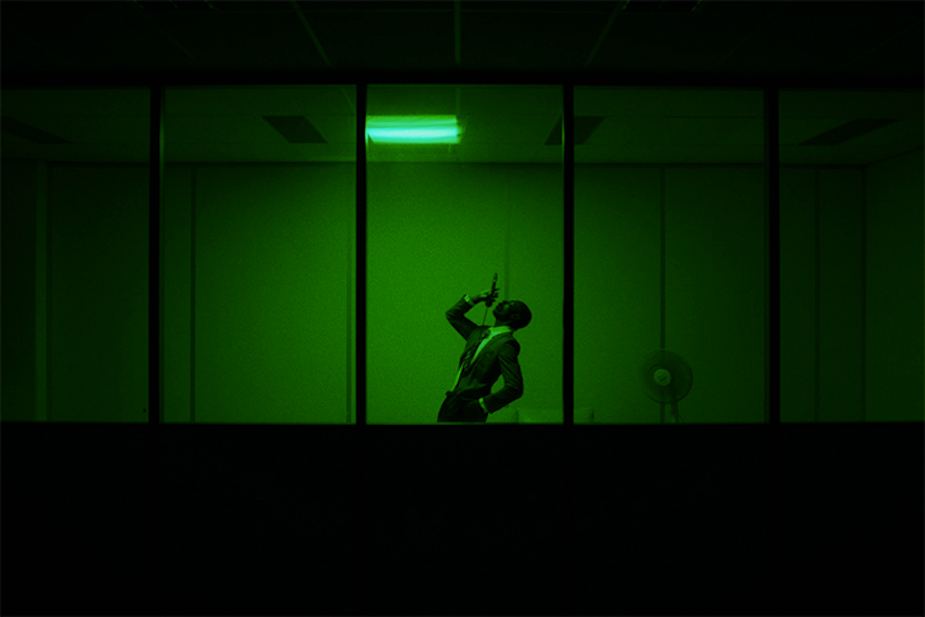 Q> We were on set with five different microphones - how did we go about it?

Job Poels: We worked with the sound engineer to make sure we could capture all the sounds during and around every scene – from thrashed cars to the train passing by. These sounds served as an inspiration, and also provided the rhythm of the soundtrack.

Q> Was there a scene that felt particularly challenging for you from a musical perspective?

Job Poels: I’d say the rave scene. Here Thomas and I tried to find a balance between having actual rave music and a cinematic score supporting the images and flow of the film. Rave tracks usually have a very different progression in that sense. We had a previous version that was way more cinematic than the end result. We also had a way more ravey-gabber version that took it too far in the other direction. In the end, we found a good compromise between these options.

Q> How important is music to you and your creations?

Thomas Nuijten: Extremely important. Music in film is an integral part of the narration, it can even be an inspiration or serve as a guideline for the film’s structure.

Watch ‘Hanging Around Isn't Going To Make Anything Happen’ ⬇️

​Or read more about it on the MassiveMusic blog.