Omnicom Celebrates Omniwomen with 'Be The Best That You Can Be' 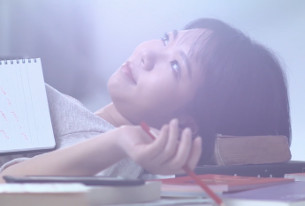 “Be The Best That You Can Be”, an Omniwomen event has been held to inspire and celebrate female staff across the Omnicom network in Greater China.

The mission of Omniwomen is to serve as a catalyst for increasing the influence and number of women leaders throughout the Omnicom network.

During the event, a campaign to celebrate successful Omniwomen in Greater China was unveiled. This was followed by a panel discussion with the women featured in the campaign, and the announcement of a series of upcoming career nurturing initiatives to bring together female talent in an open and supportive environment for sharing, networking and learning.

The Omniwomen campaign developed by TBWA Shanghai includes a one-minute film and nine 30-second films featuring Omniwomen representing diverse agencies from the Omnicom network. The campaign uses real testimonials where women share their stories on how their personal passions are reflected in their professional lives. Omnicom has always provided opportunities for women who are passionate about their work and aspire to be at their best – they are our celebrated Omniwomen.

“The amount of talented women in our network in China is inspiring, and we are proud to share some of their stories.  These women will be continuing to collaborate and learn from one another, and also celebrate career achievements throughout the network,” said Janet Riccio, Executive Vice President at Omnicom Group.

Serge Dumont, Vice Chairman Omnicom Group added “Our industry’s key resource is our people. The business case is clear: companies providing more equitable opportunities for women are known to perform better. But the simple fact is that women make up half the population. Our agencies must reflect that reality and be as diverse as the world of which they are a part.  I am proud that Omnicom’s recent promotions on merit to the roles of CEO Greater China in key agencies have involved women: Tzekiat Tan, BBDO; Rachel Catanach, FleishmanHillard and Joanne Lao, TBWA.