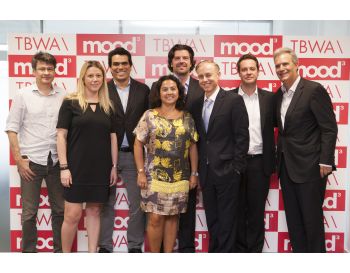 With the conclusion of the deal, Cruz will retain a significant minority share in the company and will continue in the role of president for Mood. The agency will keep its original name, clients and team. “I was courted by many international groups, but I chose a partnership with Omnicom and TBWA because it is a group which respects entrepreneurship and creativity, and also because of my relationship with Luiz Lara, who has always respected our total independence to work,” Augusto Cruz Neto said.

The acquisition comes at one of the best times for the agency, which finished 2013 with a 25% growth rate over the previous period. In the first two months of 2014, Mood also announced it had won business from restaurant chain Giraffas, the sandwich franchise Tostex and the American portable electrical appliances brand Oster.

James Fenton, CFO of TBWA Americas, commented “Mood is an agency I've admired since first being introduced to them several years ago, and I'm excited that they are now part of the TBWA Network.  They are an impressive agency with an outstanding creative team and expertise in a broad range of disciplines, taking a truly integrated approach. We see this as a strategic move to continue expanding the capabilities of the TBWA Brazil Group in the fast-moving Brazilian market.  Mood's culture of innovation and depth of talent will strengthen our business capabilities, not only in Brazil, but around the TBWA Worldwide network.”

Augusto Cruz Neto highlights that taking on a new partner was inevitable in order for Mood to keep growing. “We realized that we needed to partner with a great network to enable us to keep evolving at this pace,” he states. “TBWA’s proposal recognized the philosophy of an agency based on integrated communications, what we call the ‘3D Concept.’ Therefore the proposal recognized not only Mood’s economic value, but also — and most importantly — the brand’s potential for the future,” he added.

In market for seven years, Mood is a success case among young agencies in a sector dominated by international groups responsible for a major part of the advertising budget. The company, at first conceived to carry out promotions, activations and events, has proven effective by betting on its multidisciplinary aptitude to gain market share. Driven by contributing to the business success of its clients, Mood’s scope of work includes advertising, digital, direct marketing and design. Mood has 85 employees in its São Paulo and Rio de Janeiro offices.