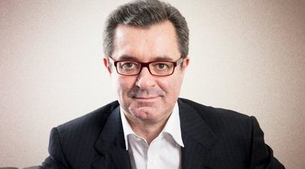 Omnicom Media Group agency OMD Worldwide has been named the world’s most creative media agency by the Gunn Report for Media.

The Gunn Report for Media is the industry standard for evaluating media creativity, ranking agencies according to their performance in the top industry awards shows around the world. Most importantly, it recognises the vital role media agencies play in today’s highly competitive and fragmented communications landscape.

In addition to OMD leading the list with 21 points, the top three- ranked agencies included Starcom-Mediavest (Publicis) with 467 points; and Omnicom Media Group’s PHD (357 points). OMD’s top ranking reflects recognition earned in 2014 by agencies in every region across its network.

Elsewhere in the 2014 Gunn Report, OMD client McDonald’s, was recognised for being among the most awarded advertisers of the year.

“Awards are the best proof point for innovation and creativity, and no organisation provides as comprehensive a measure of an agency’s ability to deliver on those two mandates – consistently, and on a global level, as the Gunn Report,” says OMD CEO Mainardo de Nardis (pictured).

"Topping this report for nine consecutive rankings is the best testament we can earn to the quality of our work, our clients, and our people.”