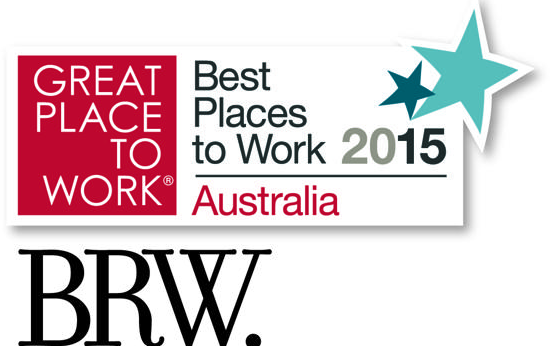 The BRW Best Places to Work study is widely acclaimed in Australia. Based on one of the world’s most comprehensive studies of workplace culture by Great Place to Work Australia, OMD is the only communications agency to have ranked in the prestigious top 50 listing for the last seven consecutive years; 2008 - 2015.

Ranked number 18 in the list of Australian companies with over 100 employees, OMD were acknowledged for their creativity, influence, and continued focus on people including the introduction of their reverse mentoring scheme where Gen Y employees have the opportunity to mentor senior executives giving them insights into the younger generations perspective.

OMD is a business built on the belief that attracting and nurturing the best talent, and providing them with a dynamic environment where they can thrive personally and professionally, equates to business success for themselves and their clients.

“We are delighted to be listed again as one of the 50 best places to work in Australia!” said Peter Horgan CEO, OMD Australia. “A clearly articulated business vision with a key priority on people and integrity, is one that cultivates elevated performance. This consistent focus on our people is truly ingrained in our culture, and continues to position us as one of the most awarded Agencies globally.”

Martin Cowie, people and development director at OMD said: “It is gratifying that OMD’s unrelenting focus on enabling our people to be the best they can be has once again paid dividends. OMD’s culture is squarely focused on the development of each and every employee, and our substantial investment in training means that we have the best and brightest people in the industry providing best in class service to our clients. Becoming Australia’s No 1 ranked agency according to Recma this year proves that our people focused strategy is also the key to our business success.”

OMD have placed #18 in the BRW Best Places to Work 2015 Study. A catalogue of the 50 employers nationally will be published on www.brw.com.au, and www.greatplacetowork.com.au on 2nd September 2015.