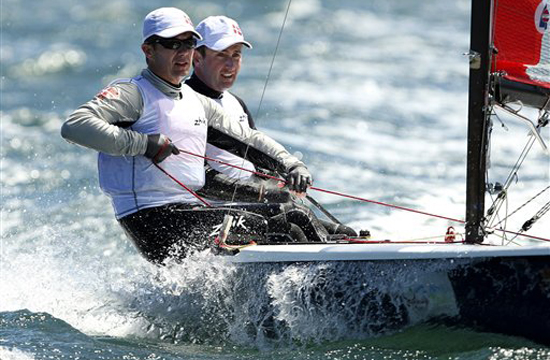 Ogilvy & Mather New Zealand has been appointed the full-service agency for the Auckland 2017 World Masters Games through a competitive pitch by Auckland Tourism, Events and Economic Development (ATEED). World Masters Games is the largest multi-sport event in the world and will likely be the largest event hosted in New Zealand in the next decade. It will attract over 25,000 athletes, supported by 5,000 volunteers and sports officials and is tipped to deliver $36M GDP impact for Auckland.

Ogilvy & Mather will be working with the newly formed Auckland 2017 World Masters Games organisation to develop the event brand and all advertising and promotional activity that will be used to market the event, both locally and internationally. This will include all related strategy, creative, digital, direct, media and production services.

Paul Manning, Executive Director of Ogilvy & Mather says. “We’re delighted to have been selected as the agency for Auckland 2017 World Masters Games. This is going to be a huge event for our city – the biggest of its kind since Rugby World Cup 2011. With over 25,000 competitors and 30 different sports, we’ll be responsible for promoting a truly world-class event. It’s exciting to be involved right from the very beginning.”

Jennah Wootten, Chief Executive of Auckland 2017 World Masters Games says, “O&M presented us with great creative work that demonstrated the real breadth and depth of their capabilities. Our decision was based on several factors, particularly the quality of the agency, their ability to deliver on a timely basis, and price. O&M have a great track record in event marketing and we’re looking forward to working together over the next few years.”

Ogilvy & Mather worked with ATEED in 2011 developing and executing the successful Rugby World Cup campaign for Auckland:“The World’s Here to Play”.
The competing agencies were not disclosed.

• Auckland 2017 World Masters Games will run for 10 days and feature 30 different sports, held in approximately 45 venues across the Auckland region.

• Designed for mature athletes, all sports in the event have a minimum age for competitors of between 25 – 35 years old, depending on the sport.
• The event attracts athletes from around the world and provides them with the opportunity to compete in organised sport, travel to exciting destinations, experience different cultures and make new friends.
• The Games are held every 4 years in a different destination. In 2013 the event is held in Torino, Italy and in 2009 it was held in Sydney, Australia.