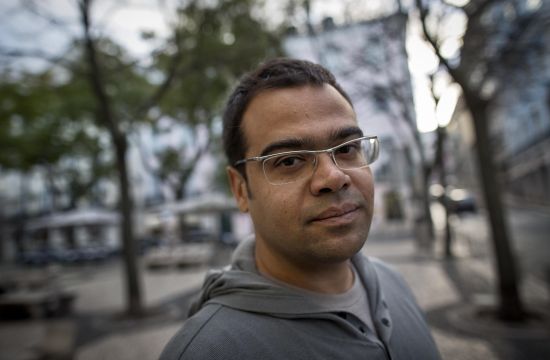 “I’m delighted a world class creative like Ricardo has decided to join the family. He starts at a truly exciting time as the unstoppable creative train that is Ogilvy & Mather Japan Group gathers more and more momentum each day” said Ajab Samrai, Chief Creative Officer of Ogilvy and Mather Japan Group.

Ricardo is a multicultural and multitalented award-winning international creative director. His work has been recognized with Gold in Cannes and Grand Prix at the Eurobest to name a few.

Ricardo moved to Japan in 2012 and has been working as a consultant International Creative Director for agencies like Hakuhodo, Mori Inc and Projector. Previously he was based in Amsterdam at DDB International and 180 Amsterdam, leading projects for global and regional brands.

Parallel to his advertising activity, Adolfo is one of the leading voices in Portuguese contemporary literature, already translated throughout Europe. His international experience and storytelling skills place him in a unique position to create remarkable and relevant work for Japanese-outbound and western-inbound brands.

Akihiko Kubo, President & Group Representative of Ogilvy and Mather Japan GK commented; “We are very fortunate that we have Ricardo. I am certain that he will further accelerate the momentum that Ogilvy& Mather Japan creative team is now creating."

“I’m thrilled to join Ogilvy & Mather Japan under the leadership of Ajab Samrai. Ajab is part of a very selective group of creatives who built the foundations of contemporary advertising and has a social consciousness rarely seen in creative leaders these days. With Samrai and Kubo-san leading the way, Ogilvy & Mather Japan is en route to extraordinary times ahead,” said Ricardo.