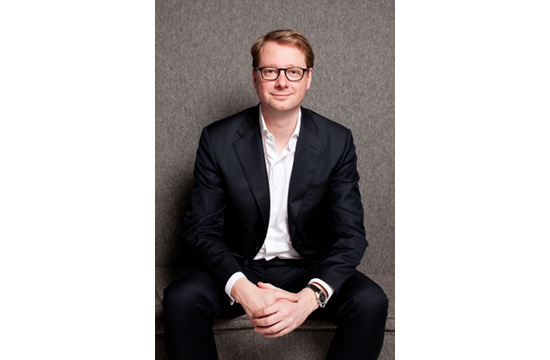 Ogilvy & Mather (O&M) has hired Jacco ter Schegget, the head of one of Europe’s most awarded digital agencies, as the new President of OgilvyOne China. Ter Schegget, the former President of Tribal Worldwide, Europe and co-CEO of DDB & Tribal Amsterdam, will relocate to Shanghai in April 2014 to take on the top China job at OgilvyOne, O&M’s customer engagement discipline. Ter Schegget will also spend a significant amount of time in Beijing.

In this role he will be responsible for the strategic direction, growth and development of the OgilvyOne brand in China, including leading client opportunities, new business efforts, the creation of new products and services and the development of staff.

“I am passionate about leading and developing creative organizations, and together with the great team at O&M China, I would like to bring the organization to the next level. This next level involves helping clients in China to build deeper connections with consumers, by using data, digital, social and commerce, but always with creativity at the core,” said Ter Schegget.

Shenan Chuang, Group CEO of Ogilvy & Mather Greater China, said, “Jacco is a change management expert skilled in reorganizing, developing and inspiring teams of talented, creative and demanding people, of which we have many! We look forward to working closely with him and are eager to have his creative energy, ideas and knowledge on our side. We believe he will invigorate the OgilvyOne discipline and help our clients to win more customers and make them more valuable.”

With more than 15 years of experience in digital and communications, Ter Schegget’s move east follows a wildly successful seven years at the helm of DDB & Tribal Amsterdam, the leading marketing communication agency in the Netherlands. Under his management, Tribal DDB Amsterdam became one of the most awarded European digital agencies and the first digital agency to win a Cannes Film Grand Prix (2009). In addition to his Tribal responsibilities, Ter Schegget also served as Digital Officer for the DDB Group in Europe. Earlier Ter Schegget led the Amsterdam office of the SATAMA group (now part of DigitasLBi), which also became an award winning design and communication services agency under his leadership.

“Jacco’s reputation as an extraordinary leader precedes him and he is renowned for growing businesses that bring together creativity, technology and design, the hallmarks of OgilvyOne’s offerings. We are excited to see the impact his expertise will have on work for our clients in China,” said Brian Fetherstonhaugh, Chairman and CEO of OgilvyOne Worldwide.

“Like most of our clients, we see China as one of our largest, most strategically important and most dynamic markets in the world, and certainly in the region. Its importance requires nothing less than the best and we have scoured the globe to find the ideal candidate for this crucial position. I’m delighted to say that we have found that leader in Jacco and we’re looking forward to exciting times ahead,” added Paul Heath, Chairman & CEO, Ogilvy & Mather Asia Pacific.