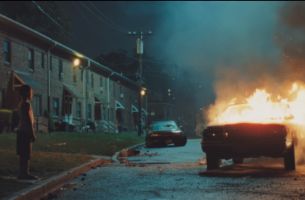 In the latest chapter of Powerade's 'Just a Kid' campaign, U.S. Olympian Shakur Stevenson is compelled to victory in the boxing ring by memories of growing up in Newark, N.J.

Stevenson joins a list of major athletes whose inspiring stories of perseverance and dedication have previously been told through the 'Just a Kid' series, including Derrick Rose, Jimmy Graham and Jesus "Tecatito" Corona, as well as U.S. Olympic athletes Claressa Shields and Lopez Lomong.

At 5’7”, 123 pounds, Stevenson is considered by many to be the next big thing in U.S. men's boxing. He is the first U.S. male to win the Junior and Youth World Championships (in 2013 and 2014) and a Youth Olympic Games gold medal. At the Rio 2016 Olympic Games, Stevenson will attempt to become the first American man to bring home boxing gold since 2004 — a crowning achievement for Brick City's own.

The 'Just a Kid' campaign, created by W+K Portland, features  2-minute and 30-second films. In the longer-form clip, Stevenson and a fellow boxer engage in the sweet science, emphasizing the physicality and mental focus of boxing over the course of three rounds. With each stop in the intense bout, Stevenson finds strength from his childhood when his surroundings served as a more formidable opponent.

"There isn't a match that goes by where I don't pause at least once to think about where I came from and all that I've been through," Stevenson said. "I'm proud to be just a kid from Newark. The city raised me. I hope this commercial inspires others to believe that with hard work, where you're from and the difficulties you faced, will never be a barrier to where you can go and what you can accomplish."