The Sustainability Channel 468 Add to collection 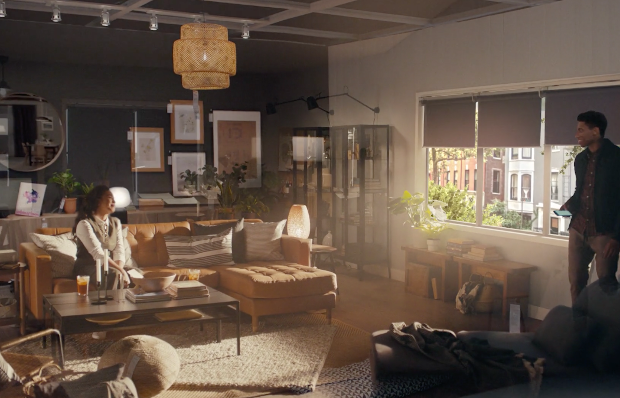 People want to do everything they can to make their home a sanctum, live by their values and fulfil their individual needs. Everyone knows that IKEA sells affordable furnishings, but not everyone knows that IKEA makes choices - throughout their business and their supply chain - to have a more positive impact on people and the planet.

The new Olivier Gondry-directed campaign is called ‘Why We Make’ as it outlines the purpose and the ‘why’ behind many of IKEA’s long-standing corporate practices and initiatives. At a time when corporate responsibility and ethical consumption are more on trend than ever, IKEA reintroduces itself to the US market with a message that perhaps isn’t so new at all. Because everything from their sustainability initiatives, to inclusive employment practices, to community building and innovative product design with purpose have always been core to what IKEA is all about – and all in service of helping people live their dream.

Shideh Hashemi, country marketing manager for IKEA USA, said: “The work is about us. But it’s also about our customers. We’re trying to make things that people can feel good about. It’s really that simple.”

Della Mathew, group creative director at Ogilvy New York, said: “It’s not often you get to tell a brand story like IKEA’s. Beyond what people know and love about them, there’s so much more that IKEA has been quietly doing for years. It’s a brand that since its humble beginning, people feel good about supporting which makes the work that much more a labor of love.”

The ‘Why We Make’ campaign launched this week and is running across national, spot cable, and connected TV as well as digital and social platforms.