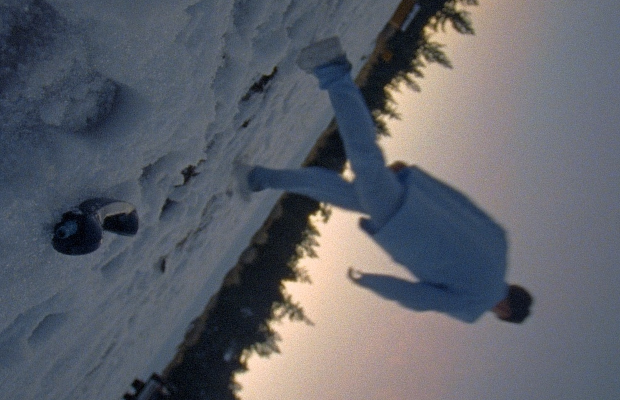 Producer Oliver Malcolm has worked with IDK, AlunaGeorge, Joey Bada$$, Jay Rock, Masego and Tinashe, but now is the time for his own musical talent to take centre stage, as he stars in his debut music video directed by PRETTYBIRD filmmaker Jess Kohl. Out now on Darkroom Records, ‘Switched Up’ is a hybrid of rap, R&B and hip-hop.

Shot on a wintry day in the Big Bear Mountains outside LA by director Jess Kohl, the ‘Switched Up’ promo soaks up the energy of Oliver Malcolm’s performance. Jess collaborated closely with Oliver on the creative concept, and her aesthetic has a cinematic feel combined with the rawness of youth that has become a signature of her work. PRETTYBIRD UK was the production company and the video was executive produced by Juliette Larthe.

Jess Kohl commented: “We shot in the mountains of Big Bear, outside of Los Angeles. It was a labour of love, with a team who worked hard to bring this vision to life over one cold, long day! The process was very collaborative. Oliver had an idea of shooting out in the snow, and we worked together to develop that into the final film. It was important that this video was really focused on him without too many distractions, as it’s his debut single. He has a tonne of energy and is a natural performer so was able to hold the space that we created for him.”