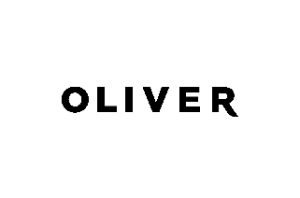 OLIVER has capped its 10th anniversary year with recognition of its record growth in revenue income, after 12 months of overseas expansion and new business wins.

In scooping the coveted slot in the B2B Marketing report, OLIVER beat off stiff competition from other agencies with 89% growth in year-on-year revenue income.

The agency also featured in ad industry bible Campaign’s Top 50 Advertising Agencies list for the first time. It was the fourth highest new entrant in the prestigious ranking that includes Ogilvy & Mather, BBH and Wieden & Kennedy.

Both Campaign and B2B Marketing rank their leagues based on agencies’ new client wins and growth in business from existing clients.

Simon Martin, founder and chief executive of OLIVER, said: “OLIVER’s high ranking in these titles is proof that clients want what we provide: a new agency model that flexes with their changing needs. With ever more media channels and data available, the ability to test and execute quickly is a real differentiator for brands.”

The accolades from two leading marketing trade titles follows a year in which OLIVER expanded into Asia Pacific and the US, won business from 3M and the Post Office and made its debut in the Recommended Agencies Register (RAR), a listing based on positive client feedback.