Framestore on unleashing the beast 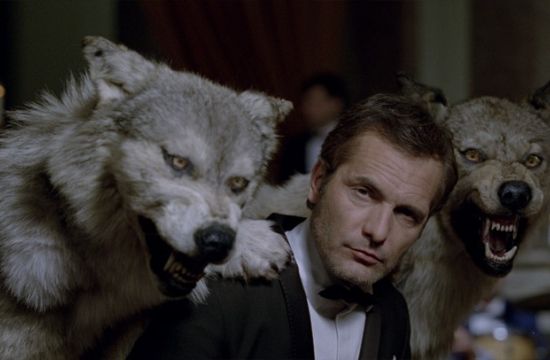 Framestore teamed up with director Tom Kuntz and Wieden + Kennedy Portland again for this Old Spice campaign, helping create two tongue-in-cheek spots where the animal embodiments of each range intimidate or captivate in equal measure.

In Poker Face a card player is put off his game by his opponent’s flock of menacing hawks, which no one else seems to have noticed. Equally unaware of Old Spice’s powers is the beautiful woman in this spot, Irresistible, who’s enthralled by a man with a pair of snarling wolves hanging around his shoulders. She knows he’s “different somehow”, but she just can’t quite put her finger on why…

Framestore was involved right from the beginning on both spots, taking a trip to the Wolf Conservation Center to film fur and muzzle references as soon the job was awarded. Alex Thomas supervised the shoot over a number of days in Prague, making sure to collected all the necessary reference material and camera and lighting information.

The two spots take different approaches: “In the case of the wolves, production leant towards more physical in-camera performance which we at Framestore would build on” says Alex. “For the hawks, this was less possible, so we opted for full CG birds.”

“On Wolfthorn, the incredible team at Legacy Effects had built such a good animatronic, that our work became enhancing the in-camera wolves – adding eyes, tongues, saliva, and small animations to help the subtleties of a living creature” says Alex.

CG wolf heads were created to match the animatronic exactly and these were then augmented with the final shots to enhance the performance, but the agency and director were careful about retaining the humour, so the effects were designed to support and not dominate the narrative.

Another key component was the car crash scene. “We filmed in the National Museum in Prague, so of course could not crash through their door for real” explains Alex. “Several shots were filmed later in a studio with a door rebuild, and we combined the elements of the car crash, and the location.”

The challenge for both spots was getting a comedic performance from CG or partly CG creatures that still retains a high level of realism, but this was helped by the great director and agency team says Alex Thomas:  “The director, Tom Kuntz, is not only brilliant at what he does, but great to work with. He has a clear vision of what he wants, but is not too rigid, so the process is enjoyable. Combined with a fantastic agency team, and the highly talented DP Jan Velicky, the shoot was a highlight, despite the heavy schedule!”

On CG heavy projects such as Old Spice, Framestore is more and more frequently following a feature film pipeline in terms of colour management, streamlining the integration of lighting reference material, and providing ultimate control and flexibility to the client, to grade or regrade, once the VFX have been completed. The grade is established at the beginning, but not committed, so as the VFX evolves, so can the look.