The new campaign by Grey Hong Kong reinterprets the often shocking question of 'how old are you?' 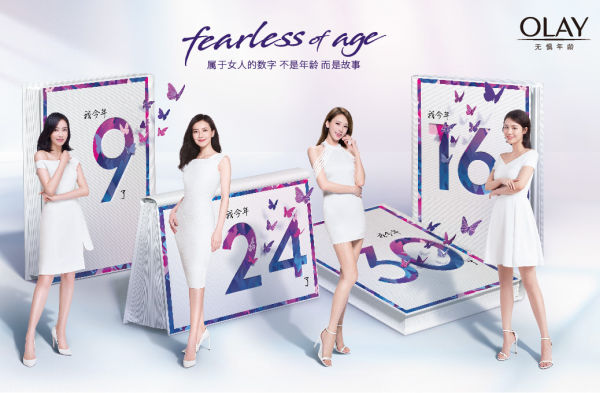 To celebrate International Women's Day, OLAY has turned a question that typically shocks most women in China into a rallying cry to challenge the belief that age is the only number that defines you. The campaign offered a new interpretation of the question "how old are you?", suggesting that "the number that defines a woman is not her age, but her fearless stories." Each story shared became motivation for everyone to take part and share their own achievements.

Chiling interviewed Granny Huang who both shared the number 30. The two women defied the limitation of age to pursue their own beliefs - Chiling for taking on 30 different roles in life, and Grandma Huang for walking on 30 catwalk runways. She didn't let retirement and people's skepticism stop her from shining on a stage she calls her own.

Victoria Song interviews Alu, who are both nine this year. For Alu, she has spent nine years learning hip-hop, jumping from the streets of Chengdu to finally appearing on the world stage. Although most people perceive aging with a dwindling of passion, Alu still dances to the beat of her own drums, chasing her dreams against all odds to be a world-class hip-hop dancer.

Along with a number of celebrities, OLAY invited 18 key opinion leaders to share their own "number" and inspiring stories to generate momentum on social media. To start the campaign, OLAY began by replacing the ages of female celebrities on Baidu Encyclopedia (China’s equivalent of Wikipedia) with a number that represents their stories and personal achievements. People may have initially seen it as a mistake, only to discover that this is part of the campaign to encourage women not to be defined by their age.