Oil Refinery Slovnaft's Emotional Manifesto to Those Who Keep Trying 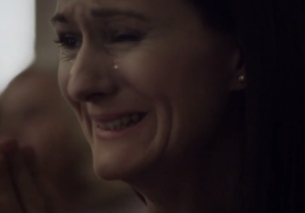 Slovnaft is a major Slovak oil refinery. It has sponsored many activities in many fields for decades but only now have they decided to publicly celebrate these activities. The Istropolitana Ogilvy team came up with the script and El Colony director Juraj Janis won the job with Fantomas production company.

The film was shot over two days in November in Bratislava and the team was extremely lucky with the weather. Exterior scenes were planned for one day only, so they couldn’t have wish for better conditions. There was a beautiful natural fog in the park scene in the morning and a perfect blue sky for the motorcycle scenes in the afternoon.

Overall it was a great experience , Juraj Janis had the chance to work with many talented people including Milan Bartovic, team captain of KHL team Slovan Bratislava, Stefan Svitko, one of the top Dakar rally contenders, and the greatly talented pianist Ema Pagacova, who is only 11 years old.

Juraj had great collaborators in DoP Jakub Dvorsky and editor Marek Kralovsky who greatly contibuted to the overall impact of the film.