Oi! Creatives! Design a New Lotus Trophy and Become the Face of Adfest 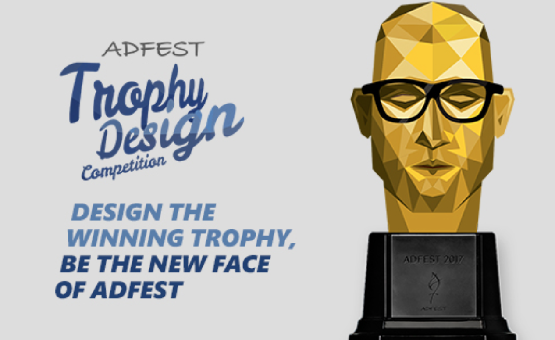 ADFEST is calling on designers, art directors and creative professionals to create a new Lotus trophy, which will be unveiled in the lead up to the festival’s 20 th anniversary celebrations in 2017.

ADFEST has enlisted the help of McCann Worldgroup Asia Pacific to launch a trophy design competition, and has unveiled a campaign encouraging people to ‘Be the new face of ADFEST’.

“ADFEST will be celebrating its 20th anniversary in 2017 and they’re taking the opportunity to launch a new design for their Lotus trophies, a crystal globe that has remained unchanged for 20 years. It’s time for a makeover, so when ADFEST approached us for our ideas on launching a campaign to encourage people to redesign the Lotus trophy, we were excited to help,” says President of McCann Worldgroup Asia Pacific, Charles Cadell.

ADFEST announced the trophy design competition during its Award Presentation on 18 th March, which concluded ADFEST 2016 and marked the launch of the ‘Be the new face of ADFEST’ campaign. The campaign features a chiselled yet generic Gold trophy head, bringing to life the idea that anyone can ‘be the face of ADFEST’ and emphasizing the fact that the Lotus trophy is highly coveted, highlighting the prestige that will come with designing ADFEST’s new Lotus trophy.

Jimmy Lam, President of ADFEST says: “The new face of ADFEST could be anyone from the most experienced graphic designer to the most ambitious junior creative. We would like to thank McCann Worldgroup for helping us to launch our trophy design competition with a campaign that’s all about giving creative professionals the chance to shine.”

The ADFEST Lotus Awards celebrate creative excellence in the Asia Pacific and Middle East region. The Lotus flower symbolises the roots of ADFEST, and is inherent in Asian heritage and culture. In addition to winning a complimentary pass and accommodation during ADFEST 2017, ADFEST will make the winning entrant and their design known to the industry.

Delegates at ADFEST 2016 were introduced to the ‘Be the new face of ADFEST’ campaign through ambient executions including fortune cookies, stickers, red carpet displays and posters. The campaign is now running across print, digital and social channels.

The deadline for entries is 30 th April 2016. Submit your designs to: www.ADFEST.com/trophydesign