Oh, the Humanity: An Observation of Humans and Their Data 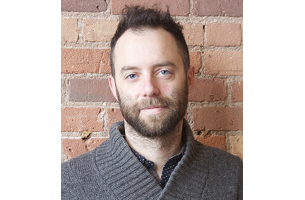 If there's nothing else at SXSW, there's a lot of humans. An obvious observation given the widespread reporting about SXSW being too big and causing Austin to burst at the seams. Yet, these reports don't quite capture the implications of cramming an extra 28,000 people into a self-identified "weird city." The result is lines – lots of wide, long lines. (If one takes nothing else away from attending SXSW, it's an absolutely non-technical lesson in patience.) The other result is all those tasty, as humans can be apathetically referred to, data points that are walking (or stumbling – I'm looking at you, 6th street) around.

"Themes of this year’s SXSW," as so many articles describe, are most certainly just a result of subconscious (or conscious) choices on what one decided to attend. Apparently, the theme I built was around data. Not the old, crusty, we-have-your-email-address data, but the new: what time you got out of bed, what you ate for breakfast, what you spent $3.16 on yesterday at 3:32 pm, what you watched for 33.4 minutes on Netflix and what bag-of-chips-you-picked-up-but-then-set-back-down-in-the-store data. That is what some refer to as "big data." It's been around for a while, but it feels like we are just getting down to its implications: both in terms of the moral significance of having it and in the practicality of how to use it.

One saw this theme in SXSW itself: there were beacons everywhere (seriously, everywhere) and enabling Bluetooth on your phone for the SXSW app resulted in being alerted whenever you were near something “you would find interesting.” Even among all of its sponsored events (mainly music), one couldn't attend without an apparently useless "RSVP," an acronym that should be reworked to We Really Want Your Email Address, Age and Gender (WRWYEAAG?).

Martin Harrison of Huge, decked out in oh-so-British track pants, presented his wonderfully titled "The Empathy Gap: Why Stalin Nailed Big Data." This session explored the dehumanizing nature of big data and how numbers can convolute our understanding. Harrison reminded us that Stalin famously described a single death as a tragedy and a million as “just statistics.” The talk explored the impact that large numbers have when we consider empathy (or lack thereof) for users. Harrison's slide "Fuck those guys" succinctly summed up the typical attitude toward users who don't buy or convert. We embrace the 1 per cent that decides to purchase but completely dismiss the 99 per cent that don’t. The takeaway? Big numbers are inherently dehumanizing and we, as marketers, makers or anyone else who holds data, should use that knowledge to create empathy: make sense of the numbers, understand users and communicate with them to enrich their experiences.

Perhaps only tangentially related to my theme, the "Telling Stories With Visualization and Interactivity" session explored what it meant to display data in the context of storytelling. Steve Duenes, assistant editor at The New York Times suggested, in a so-New-York-Times monotone, an analogy between infographics and the parking garage. Graphs and charts of data have become akin to ubiquitous, monolithic split slabs of concrete – homogenizing the data and making it indistinguishable from the next. (All who’ve wandered the gray, slanted floors of a parking garage, trying to find where they parked, can relate.) Immersive, unique and engaging "data experiences," Duenes points out, are more closely related to the Swedish architects Herzog and de Meuron’s parking garage in Miami – one that rises above all the rest in its uniqueness of design and blend of functionality. Perhaps a bit loose as an analogy, but an interesting challenge to everyone involved in a data-driven design environment: how can we keep data visualization interesting, compelling and honest?

With greater understanding of data comes greater responsibility, and perhaps it's a bit naive to think that knowing so much about somebody will lead to better things. Yet, it seems like that responsibility lies with those of us who gather, store and act on data. Calvin Coolidge said it better: “Advertising ministers to the spiritual side of trade. It is a great power that has been entrusted to your keeping which charges you with the high responsibility of inspiring and ennobling the commercial world. It is all part of the greater work of regeneration and redemption of mankind.” Thanks, Calvin. Good advice.

Christian Schimke is Director of Creative Technology at Partners + Napier