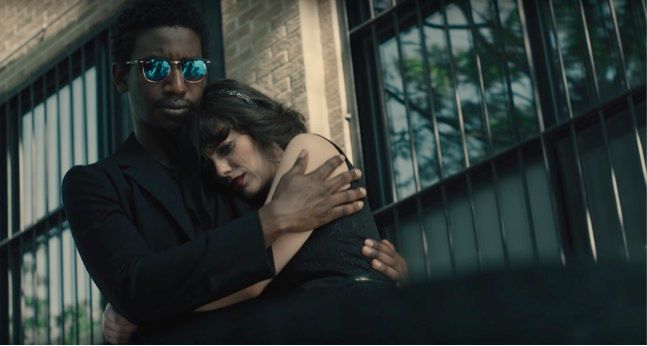 The eponymous phrase refers to Jerome (Mamoudou Athie, The Get Down), the protagonist in the latest short film from Ray-Ban and Yours Truly. Oh Jerome, No is written and directed by Teddy Blanks and Alex Karpovsky, together known as Spielbergs. Spielbergs are represented by Washington Square Films. Jerome is a bachelor with all the luck in his court: mystery, sociability, and sensitivity. Maybe too much sensitivity. So much sensitivity that he mistakenly blurts out “I love you” in the very early stages of each romantic conquest.

After seeing a hypnotherapist to help him curb his premature declarations, Jerome finds out whether his new, more socially acceptable behavior will help him in a different kind of budding relationship.

In the film, which features original music by American singer-songwriter Natalie Prass, who plays Jerome’s love interest, Jerome discovers through the minutiae of day-to-day life—picnics in the park, the loss of a pet fish, and eventually a couple’s fight as a result of Jerome’s hypnotism—that he is capable of love at the right time and place after all. Spielbergs demonstrate with humor that men with the courage to display their sensitive sides might just win out in the end.