Scott was previously the agency’s Editor-in-Chief 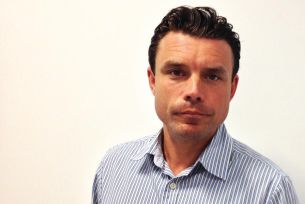 Scott Manson has been promoted to ‘Director of Content’ at OgilvyOne UK. He was previously the agency’s Editor-in-Chief, holding this position since January 2015.

In his role as Editor-in-Chief, Scott enhanced the quality of editorial output for British Gas and several other key OgilvyOne clients, including EY. In his new role, he will be responsible for driving the content offering, directing OgilvyOne’s pioneering content strategy and creation, new business development and creating thought leadership within this space.

Scott says: “My editorial background means I know what great content looks like and how to create it. OgilvyOne’s excellent data and audience insight capabilities, combined with incredible creativity, ensures we’re producing the right content for the right people in the right places at the right time. It’s a powerful combination that’s revolutionising the connections our clients have with their customers.”

Prior to joining OgilvyOne, Scott founded and ran a small agency, Curve Content, with a focus on luxury publishing.

He’s been in the editor’s chair at publications as diverse as Loaded, BA’s High Life, Ministry of Sound magazine and Ascend, the magazine for owners of private jets. Scott has also contributed travel and lifestyle features to the likes of Sunday Times Style, Daily Mail, Evening Standard, Sunday Times Travel, FHM, Men’s Health and many more. From 2007 to 2009, he also penned two weekly columns for London Lite newspaper.

Scott has been shortlisted for and won a number of awards over the years, including the Content Marketing Awards and, in 2010, he was highlighted as one of the ‘Editors of the Year’ at the British Society of Magazine Editors awards.

Jo Coombs, CEO of OgilvyOne UK, adds, "Content is a vital part of the communication mix, but it can be landfill.  Our clients want creative content that is contextual and that works, and that is what is Scott will help ensure they get.  He is a fantastic content marketer, his passion and expertise know no bounds – I am thrilled by his promotion.”

OgilvyOne has also promoted Martin Delamere to Deputy Director of Content (previously Leader of Content Strategy). In his new role, Martin will work closely with Scott Manson to drive the strategic content offering of OgilvyOne.