Awards and Events 706 Add to collection 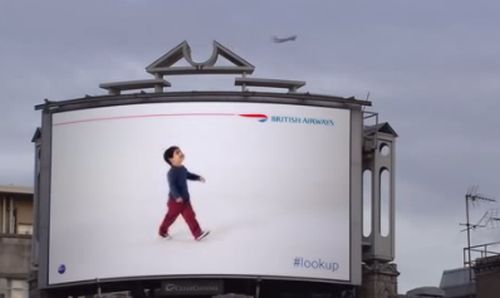 OgilvyOne London’s ‘Magic of Flying’ and Ogilvy Brasil’s ‘Bald Cartoons’ have both taken home Gold Lions in the Outdoor and Media categories respectively at the second day of this year’s Cannes Lions Festival, bringing the network’s total to 70 Lions to date.

OgilvyOne London’s British Airways campaign, ‘Magic of Flying’, picked up three Gold Lions today, with two in the Media category and one in Outdoor, bringing its total to seven Lions won at the Festival in days one and two alone. Its haul includes 1 Grand Prix, 4 Gold, and 2 Bronze Lions.

Meanwhile, ‘Bald Cartoons’ – created by Ogilvy Brasil for GRAACC, the children’s cancer institute – has garnered 5 Lions so far at the 2014 Festival, including a Gold lion in the Outdoor category today, and a Gold in PR yesterday.

The initiative saw more than 40 children’s cartoons – including Garfield, Snoopy, Hello Kitty, and Popeye – become bald in support of children with cancer. Special episodes aired on TV, alongside content in newspapers, featuring the ‘Bald Cartoons’, driving home the message that children with cancer deserve to be seen like any other child. 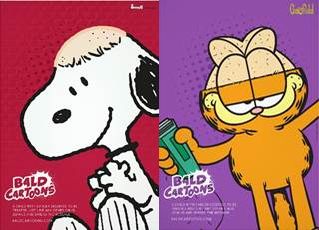 91% of Brazilians on social media supported the campaign, which impacted 230 million people. The campaign has picked up 5 Lions so far at the Festival, including 2 Gold, 1 Silver, and 2 Bronze.

Worldwide Chief Creative Officer at Ogilvy & Mather, Tham Khai Meng, said: "It is so gratifying to see great work take off with the judges as well as the public at large, as OgilvyOne London's work for British Airways has.  Their hard work and pioneering use of technology reminds once again of the magic of flying. And while BA has us flying high, I'm moved by the quiet empathy and humanity of the Gold Lion winning Bald Cartoons work that our São Paulo office produced. Kids don't need a ribbon — sick children don't need a ribbon – they need understanding, dignity, and care. This work exemplifies both.  I'm grateful to the Cannes Lions for recognising these great campaigns."