Lambert was most recently ECD at Innocean Worldwide Australia, where he spent five years producing world-class campaigns for Hyundai and Kia 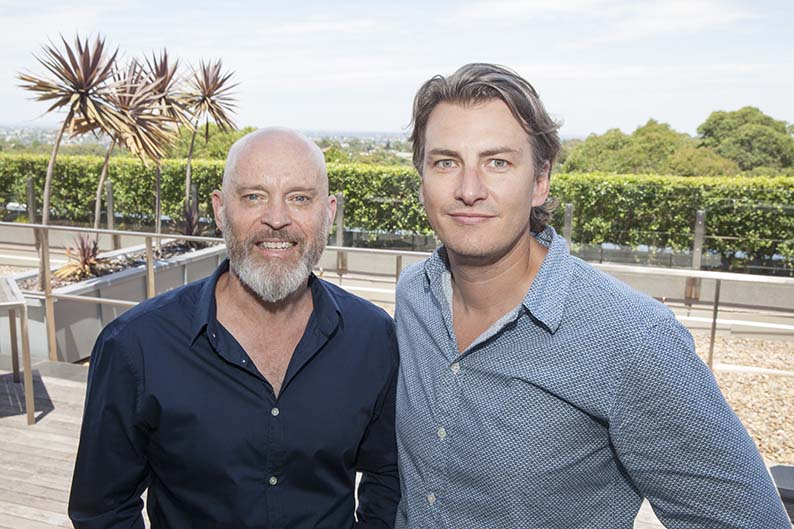 Ogilvy & Mather Sydney has further bolstered its creative credentials, luring the highly-awarded and widely-experienced Scott Lambert as group creative director.Lambert (far left) was most recently ECD at Innocean Worldwide Australia, where he spent five years producing world-class campaigns for Hyundai and Kia, most notably, Kia Salt-N-Pepa. He departed the agency in June last year.  Prior to joining Innocean as its inaugural CD, Lambert was the creative director of FCB Melbourne for nine years. He also spent nine years in Singapore honing his skills at both DDB and Batey Ads.
Says Ogilvy Sydney's ECD Derek Green (above right): "We've been very considered in our approach to finding the right people that will complement and strengthen our creative team, and reinforce our position as a world-class outfit. Scott is one of those people that I believe will do just that. He's a fabulous talent and is also a grown up, he understands the balance between solving business problems and making cutting edge work. We're very excited to have him on board."Lambert said he was thrilled to be joining Ogilvy at this exciting time: "Derek and Foxy have big plans for the future and I am grateful for the opportunity that they have given me to be part of it. I am looking forward to contributing to the success of the network, their existing clients and helping in bringing in exciting new opportunities," he said. Lambert will operate across all Ogilvy Sydney accounts, with a particular focus on working with KFC creative director Shaun Branagan as they take the 'Life Should Always be Finger Lickin' Good' platform to the next level. Recent KFC executions include 'Plucka' and 'Inseparable Love'.  He will also partner as a creative team with senior copywriter Jenny Mak, creator of the award-winning Coke 'Colour Your Summer' campaign.
view more - Hires, Wins & Business

Uprising: The Sheer Joy of Getting Out of One’s Comfort Zone for Alex Ward
View all News