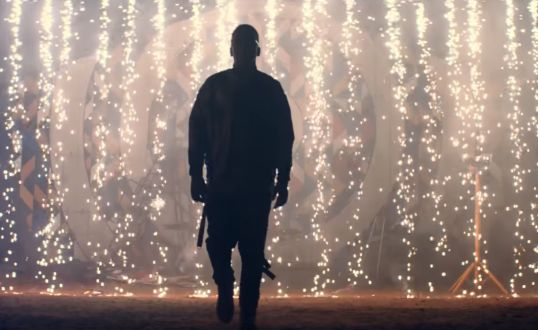 Fresh from winning Gold, two Silvers and a Bronze at Cannes Lions last month, Egg Films director Sunu has released his most ambitious ad yet: #ISeeYou, Ogilvy Cape Town’s new campaign for Metropolitan that shifts the focus off the financial giant and onto its customers, with the message, “We see you. We’re for you.”

The spot follows musical pioneer Spoek Mathambo around Johannesburg between midnight and the early hours of the morning, as he acknowledges real people for what they’re already doing to make everyday a success. These vary from taxi-drivers, security guards and shop keepers to explosive creatives like fashion designer Floyd Manotana from Floyd Avenue; jazz band Gontse and the Puzzle; and street artist R1.

“It’s important for us as Africans to celebrate the broad range of people who drive African success,” says Sunu. “I loved the idea of introducing these diverse characters to the world in a heroic and cinematic way - irrespective of their trade or profession.”

Shot by Rory O’Grady with Keenan McAdam as the production designer, the spot is another visual feast of unapologetically Afrocentric aesthetics. The ad does more than just ‘see’ the people it profiles, but rather finds the beauty as it recasts them as heroes in our national story.

Conceptualised by Prabashan Pather, Tariq Bailey, Anna Nurse and Xolisa Radebe of Ogilvy Cape Town, the spot was edited by Ricky Boyd at Deliverance Post Production, with music by Simon Ringrose at Say Thank You.