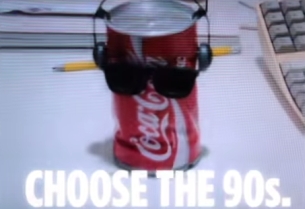 Today, Coca-Cola Great Britain (CCGB) reveals the next phase of Choose Happiness, the first campaign under the new one brand strategy.  Following on from the ‘What Are You Waiting For?’ TVC released last month, the brand is today launching ‘Choose Coca-Cola’ – a new TVC which showcases the full range of Coca-Cola.

The TVC illustrates the full Coca-Cola range and brings to the life the distinct characteristics of each variant together for the first time.  The advert also references the heritage of the brand and includes an array of cultural moments across the decades, from the 1890s, through to the 80s and 90s, and up to the present day.

Created by Ogilvy Amsterdam, the advert airs from 1 June and features a catchy electro sound track, ‘Honeytrap’ by British music group ‘We Have Band’.

Commenting on the launch of ‘Choose Coca-Cola’, Bobby Brittain, Marketing Director of Coca-Cola Great Britain & Ireland, said: “This is a really exciting time for us because, for the first time ever, we have brought all four variants together under one umbrella. It marks a significant step change in our approach to marketing Coca-Cola and it really brings to life the unique characteristics of each drink within the range.”

New out of home advertising featuring iconic London landmarks and references will also run across the capital. The Coca-Cola London Eye is one of the London landmarks featured in the new creative that will run from 1 June in key locations, as well as across London buses and taxis.

Alongside the new creative, the brand continues to encourage consumers to Choose Happiness with a new onpack promotion to help consumers capture the moments that make them happy across the summer. Up to one million selfie sticks will be up for grabs on 500ml bottles of Coca-Cola across all variants from the start of the month. 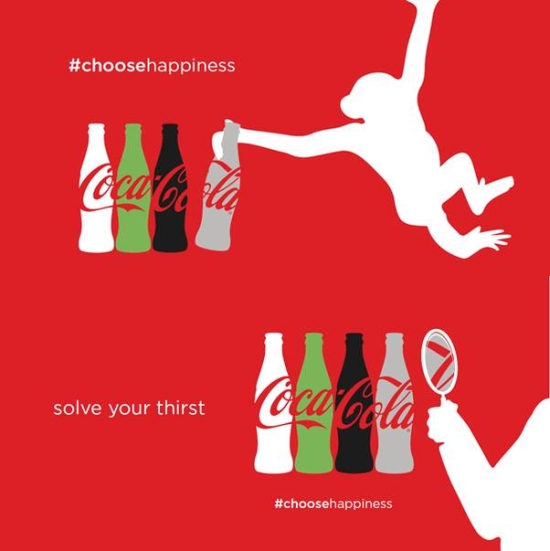