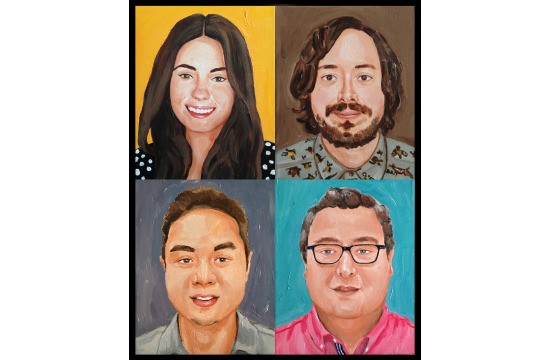 “Branding is so wide in scope in terms of media that each of these hires has been handpicked to play several critical roles in the agency’s balanced, full-service offering. We’re Pinerest or Twitter-tight in terms of staff-count therefore each one of these people represents major news to the maker culture we’ve been maturing for the past three years,” said Franklin Tipton, Co-Founder, Odysseus Arms. “These new additions strengthen our core and let us expand our unique and efficient work product through a blending of technology and creativity.”

The four new employees come to O-Arms from various companies including Y&R, Digitas, and the Miami Ad School.

JOSH KEYSER – Art Director
Josh is a recent graduate from the Miami Ad School, and fills the role of an art director with design aptitude, trans-media training, and the ability to work alongside the Cannes Titanium-winning team members.

ROB SALVADO - Copywriter
A Recent graduate of the Miami Ad School, Rob spent time at Digitas and AKQA where he worked on clients including PlayStation, eBay, Anheuser-Busch, Jordan, and Google+.