OddfellowsDentsu Launches a ‘Pack of Bastards’ for 4 Pines Brewing Co.

Why just read about the history of Pale Ale when instead you can drink it? 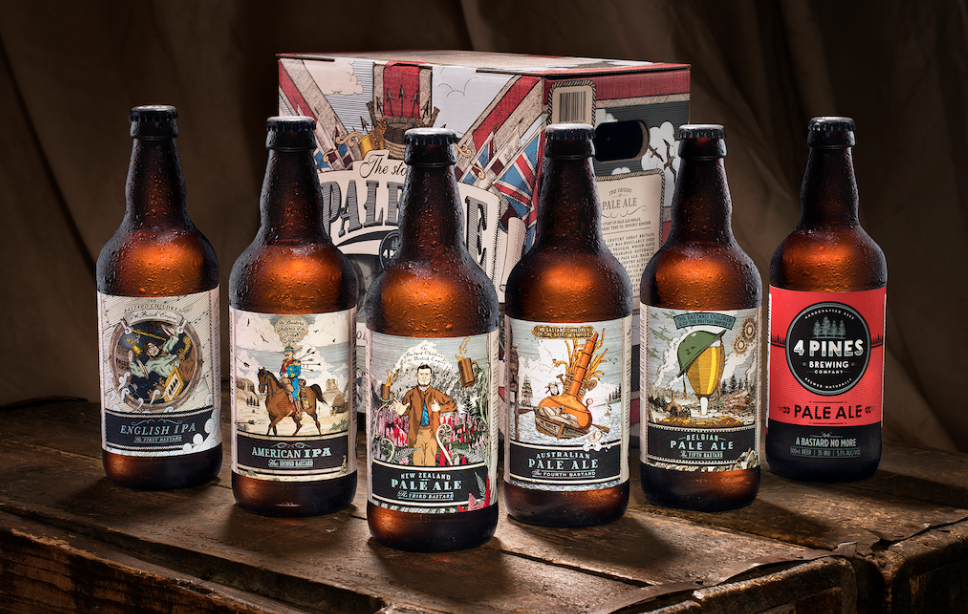 The 4 Pines Brewing Co.’s ‘Bastard Children of the British Empire’ is 200 years of Pale Ale history in a box as told through six very special ales, with each bottle telling the next chapter in the adventure of Pale Ale.

The ‘Story of Pale Ale’ box tells the true story of the illegitimate offspring of Great Britain’s burgeoning 18th Century brewing industry. Conceived by men driven of desire and thirst, these wayward sons of England were born in the farthest-flung corners of the globe.

OddfellowsDentsu created, designed and helped market the Bastards, a tale that will hopefully connect with more than one million Australian craft beer drinkers, who are as thirsty for knowledge as they are for a good drop. The tale was brought to life via digital, POS and social.

Adrian Lugg, chief of arts and crafts at 4 Pines, said, “4 Pines is really keen to simplify craft beer, to educate beer drinkers and introduce them to the quality they deserve. Craft beer isn’t just about a bunch of bearded, poncy toffs sat around talking about bouquet, it’s about history and process and the final product you see in your glass.”

“The Bastard Children of the British Empire encompasses all of these things, it focuses on one particular style in our core range; our flagship Pale Ale, to showcase its breadth, history and evolution. And the nous of our brewers, who were itching to have a crack at it.”

Pete Ogden, creative director at OddfellowsDentsu said, “This has been one of those dream jobs that come along all too rarely. Not only did the boys at 4 Pines give us the chance to design a product from the label up, we did a six-pack of them."

"This epic story can be consumed in chronological order, so in one session you can savour the evolution of Pale Ale through the centuries. Made to traditional and historically correct beer recipes, we had more than enough reference material to develop the designs, copy and all forms of communication. We wanted every label to tell a chapter of the Pale Ale story that was as well rounded as the beer,” he added.

The Bastards launched on March 18th and can now be found on and off premise nationally. 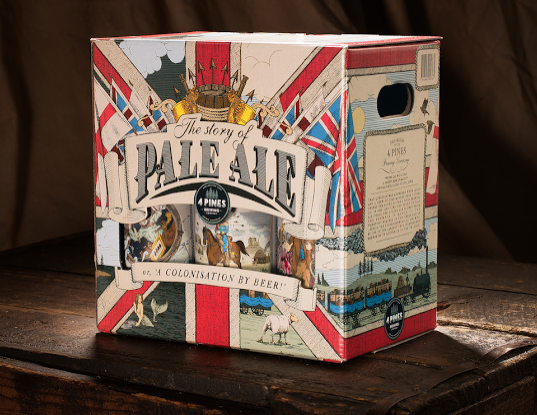