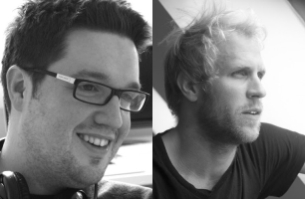 Territory Studio was founded after scoring a 90-second cinematic spot for EA’s Medal of Honor. That score led to effects work on feature films  including “Prometheus,” “Guardians of the Galaxy,” “Ex Machina” “Jupiter Ascending” and “Avengers: The Age of Ultron” to name a few. “Zero Dark Thirty” exemplifies the high quality work on offer as effects were actually approved by the CIA prior the film’s release.

“Territory is among the elite when it comes to executing the emerging visual language integrating motion graphics & UI design for today’s technological world,” explains Matthew Turke, Head of Production at ODD on the arrival of Territory. “With their signing, we are looking forward to bringing yet another level of sophistication to ODD.

“I really admire and connect to Territory’s vision, and am excited for the cross pollination from our studios,” notes Gary Breslin, ODD’s ECD/Creative Director. “As us humans continue to interact more and more with machines and need to decipher massive amounts of information, the kind of work Territory does is only going to become more integral to our ways of seeing things.”

“What’s exciting is that there’s as much production value in a 30-second spot as there is in a 5-minute film sequence,” adds Sheldon-Hicks on the branding equation. “This is a great opportunity to expand our highly specialized effects skills to more advertising clients.”

Territory has already signed on to create effects for the upcoming releases for “Agent 47” (Alexander Back), “The Martian” (Ridley Scott) & “Mission Impossible 5” (Christopher McQuarrie) later this year.