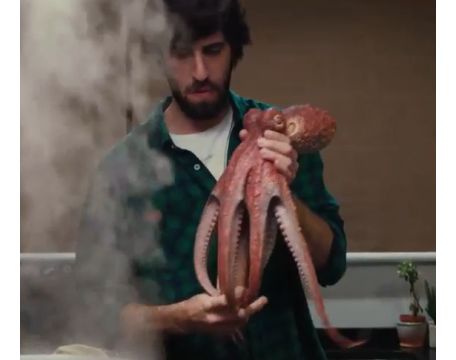 Saatchi & Saatchi New York & Exit Films' Ben Saunders have launched their new series of spots for Charter Spectrum, focusing on the speed & power of the network. You can view the other spots here and here.

The first of the spots sees a couple sitting comfortably about to feast on their tacos, before being inspired to try cooking something a little different: Octopus. However, watching someone cook a live animal is very different from doing it yourself, and the couple has a change of heart, adopting the lucky cephalapod.