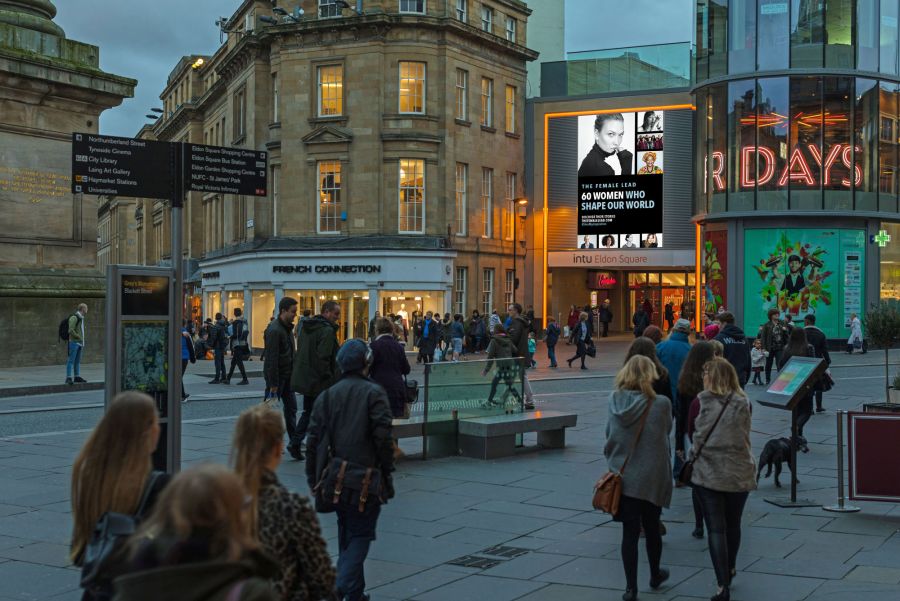 Premium digital out of home operator Ocean Outdoor is the launch partner for The Female Lead, a new campaign launched today by the data-science entrepreneur Edwina Dunn to ignite self-belief and ambition in young women.

Sixty Ocean digital screens across the UK will feature a selection of powerful images of 60 inspirational women who feature in The Female Lead book, a collections of interviews with individuals who are at the forefront of their field of endeavour and are shaping the world today.

Each interview is illustrated with original photography by world-renowned photographer, Brigitte Lacombe. A selection of her photographs will feature in Ocean’s out of home campaign which has been created for The Female Lead by BBD Perfect Storm.

Using audience recognition technology, Ocean’s digital screens will serve specifically tailored messages whenever groups of young adult females or adult females are within the vicinity of the screens which are located in nine UK cities.

The Female Lead is also sponsoring Ocean’s wifi network to encourage people to log onto the website and ask to donate a copy of the book to their nominated school.

The out of home campaign is supported with social media content using the hashtag #SHESMYINSPIRATION together with an invitation UK launch event at the Science Museum in London today (February 8).

Announcing the media partnership, The Female Lead campaign founder Edwina Dunn said: “We hope our book and teaching resource can open up more inclusive conversations about ambition in the classroom, so more young people are inspired and enabled to think positively about their future.

“Being given the chance to begin that dialogue with 58,413,149 million people directly and immediately through the Ocean network today is equaled by the incredible canvas their screens offer us to showcase our 60 female leads.”

Ocean’s out of home campaign was planned by Catherine Morgan, Head of Ocean Labs, who said: “Every young woman should have a role model in their lives to draw positive inspiration from. That’s particularly so in my field of engineering and design. To be able to play a part in this launch campaign reflects Ocean’s belief in the value of diversity and opportunity for all.”

Among the 60 women featured in The Female Lead book are politicians and artists, journalists and teachers, engineers and campaigners, firefighters and film stars. Some have led their profession, some have broken new ground for women and some have inspired change through relentless endeavour. Each of the 60 women tells the story of their personal and professional journey in their own words with interviews undertaken by esteemed journalists, Hester Lacey, Rosanna Greenstreet and Geraldine Bedell. Each woman featured in The Female Lead also has an accompanying video interview by Marian Lacombe.

All the resources will be donated free of charge to 18,000 schools across the UK and the US with the aim of starting new conversations in the classroom around routes to achieving your goals and providing a broader spectrum of female role models for both girls and boys.

The book (Ebury Press, £30), documentary series and teaching resource are available from February 9th 2017. Members of the public can nominate a school to receive a free copy of the book at thefemalelead.com/order-the-book. 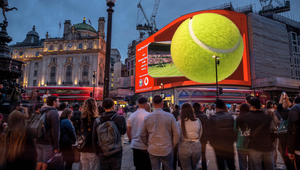 DeepScreen Has Giant Balls - And a Whole Lot More 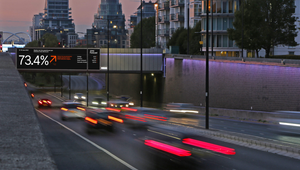