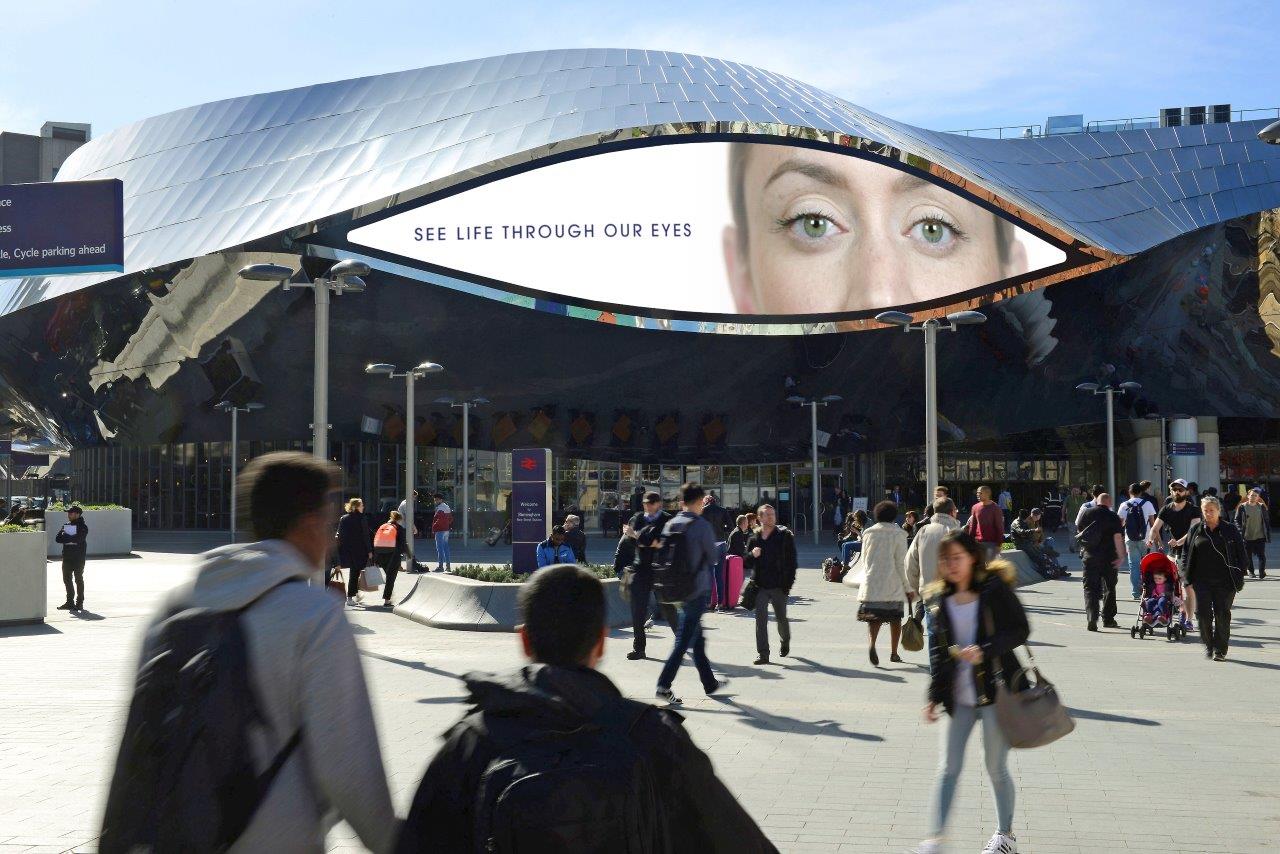 On June 21,which is Global MND Awareness Day, the three full motion Media Eyes positioned above the entrances to Grand Central railway station will form the centre piece of a day of activities about the devastating fatal disease.

In a campaign created by bigdog agency in association with the Motor Neurone Disease Association, Ocean’s Media Eyes will be used to reflect the fact that many people with MND can only communicate with their eyes as the disease progresses.

Using the campaign hashtag #MyEyesSay, people will be invited to share personal messages and have their own eyes featured on the giant Media Eyes, with the generated content shared wider across social media channels using #MyEyesSay and @mndassoc.

Supporting content includes digital messages from MND Association supporters Benedict Cumberbatch, Eddie Redmayne and Stephen Hawking as well as a campaign video which can be seen on the campaign website www.mndeyes.org

Colin Morris, head of communications and digital at the Motor Neurone Disease Association, said: “Using supporter generated content in this high profile way is a first for us, but it is such a natural fit for the campaign because of the shape of the Media Eyes.

“For some people with MND their eyes might be all they can move so they become incredibly important for communication. Using the Media Eyes to get across the socialisolation people with MND can feel will help the public better understand the impact of the disease. Huge thanks to the team at Ocean Outdoor for making this happen.”

The Media Eyes activity is supported by local volunteers and staff from the MND Association with collections inside New Street Station and with the  Mayor of Birmingham Councillor Anne Wood sharing her eye message at 10.30am.