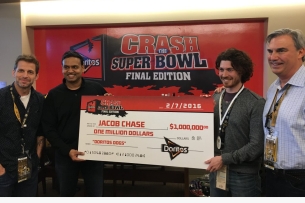 OB has signed hot new US director Jacob Chase, winner of the 2016 'Crash the Superbowl' contest. Doritos Dogs was voted best commercial netting him a cash prize of $1,000,000 and the Rolodex of Hollywood A-lister Zack Snyder. Not bad for a shoot he pulled together with a bunch of rescue dogs for just $1,000.

Jacob came to OB's attention after the company discovered his short film AMY. It clearly showcased a mature understanding of comedy performances and natural dialogue, a skill he has honed through his experience as a screenwriter. OB is proud to have him as part of its growing independent roster.