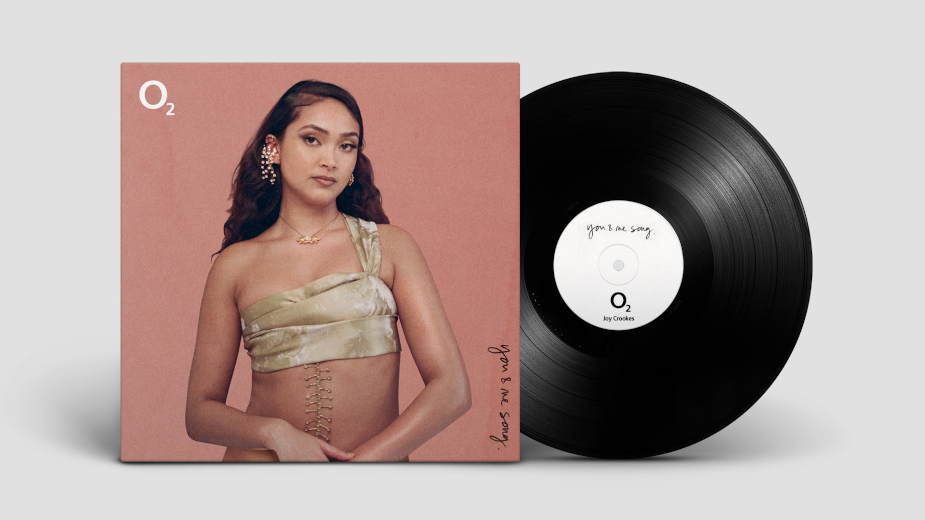 To mark Record Store Day, O2, the UK’s No. 1 Network, have produced a series of limited edition vinyls to celebrate the full-length release of the soundtrack from its brand-new TV advert, ‘You & Me Song’ by Joy Crookes.

With O2’s rich heritage in music, the mobile operator prides themselves in supporting up and coming British talent, whether that’s through their sponsorship of The O2 and 20 O2 Academy venues or through bespoke partnerships.

O2’s latest network campaign, created by VCCP, stars Joy Crookes, a British neo soul singer-songwriter who was nominated for The Rising Star Award at The Brits this year. Following the launch of the TV advert, Joy’s track quickly hit number 12 on the UK Shazam Charts with over 24,000 views, and as a result has now been released in full on Spotify.

To recognise its success and help support the wider music industry, O2 launched a competition across its social media channels and Priority app on Record Store Day to give away some of the limited edition vinyls of Joy’s ‘You & Me Song’, as well as £50 vouchers to spend at independent record stores.

Simon Valcarcel, head of brand and Marcomms at O2 said: “We know Record Store Day is a big day in the calendar for music fans and more importantly this year than ever before, it helps to support over 200 independent record stores across the country. It’s been really heart-warming to see the reaction of Joy’s soundtrack to our new TV advert and I’m incredibly proud that we continue to back rising home-grown talent. Music runs through our brand DNA and its key we celebrate moments like these to help raise awareness for the industry.”

Sonia Gilchrist, business director at VCCP, said: “The UK music industry that we know and love is struggling. Covid-19 has caused many independent music stores to close down or look at alternative ways to sell and share records - particularly from rising new stars. It’s fantastic that O2 have decided to use their platform and resources to make a difference where they can.”

The O2 network campaign runs from the 7th September to 31st October 2020. For more information on O2’s network, visit here.