Campaign from VCCP stars a cat that wants to be canine 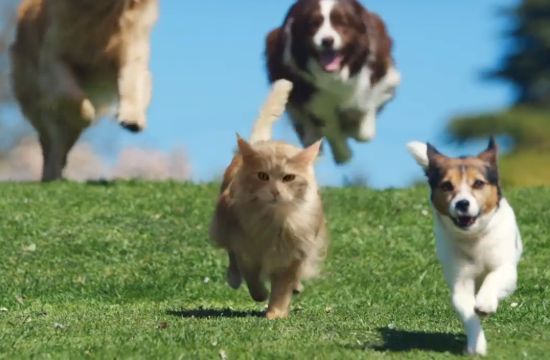 In the eternal battle of cat versus dog, one feline has turned traitor and joined the ranks of canine kind. The latest ad from O2 urges viewers to ‘Be More Dog’ and features a cat who has decided to embrace the tail-wagging, car-chasing, Frisbee-catching dog lifestyle. Caviar's Keith Schofield came on board to direct the spot and the creative comes from VCCP and involves a TV spot and an online activities such as ‘Dog Bombing’ and virtual Frisbee.