In a unique first the campaign was devised, implemented and executed by Havas UK's Team O2 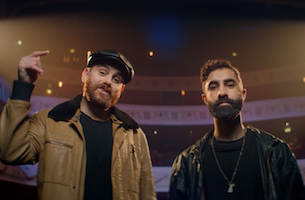 Iconic music stars are joining influencers, customers and fans to share their most memorable gig experiences in a new campaign by O2.

In a four-week long partnership with All4, music stars including Annie Mac, Jessie Ware, Maya Jama, Rudimental (Piers and Amir) and Jamal Edwards will be sharing highly personal, spine-tingling, and eye-opening accounts of “The Gig That Changed My Life”. Filmed in a cinematic style, the hero video broke during the TV ad break of Gogglebox this weekend.

Targeted distribution will include pre-rolls on YouTube across relevant music genre videos, as well as audio clips on Spotify, driving customers to their nearest O2 music experience - whether it’s at The O2, one of 19 O2 Academy venues in 13 cities nationwide or access to thousands of Priority Tickets, 48 hours before general release.

O2 will keep the conversation alive using the hashtag #UnforgettableGig, with influencers driving live music conversations and encouraging participation by sharing their own unforgettable gig memories and moments. In addition, customers that share their stories on social media have the chance to win prizes and perks via O2’s ‘surprise and delight’.

The campaign is being executed as part of O2’s live music, following the re-launch of #FollowTheRabbit in February.

In a unique first the campaign was devised, implemented and executed by Havas UK's Team O2.