Billow brings his performance-driven, comedic storytelling to the company 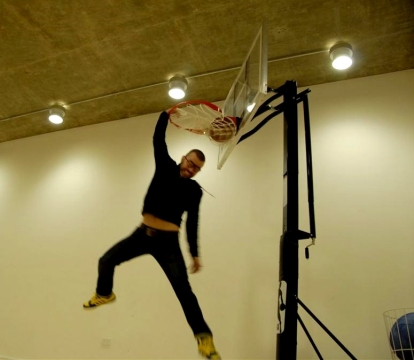 Jenkins said, “Brian cares about the right things, and never stops thinking or trying to improve things every step of the way. Plus, he’s managed to remain friends with me for years, which proves he can handle difficult people.”

“Jim [Jenkins] has been a mentor to me since my days at DDB,” Billow said. “We are kindred sprits when it comes to the work. Both he and David Shane are obsessive about casting and performance and direct some of the best work out there—O Positive ranked second this year and in 2011 for the Cannes Palme d’Or. Also, my blood type is O Positive, so I sort of had to sign with them.”

Billow’s recent work includes Netflix “You Gotta Get It to Get It” campaign via DDB Vancouver, in which popular movie-styled tropes from your favorite films communicate how important movies are in our everyday lives. He also directed the Webby-winning viral BETH, a short film parody inspired by the classic KISS rock ballad, that was curated by tastemakers such as Creativity, Adweek, Vice and Huffington Post; Miracle Whip’s “Keep an Open Mouth,” which premiered during last year’s GRAMMYs and was called out as a funny and memorable anthem by the Los Angeles Times; and Luvs “Live, Learn & Get Luvs” campaign, which won a CLIO this year. Billow is currently in production on a short film about the world’s worst Paparazzo, one with extremely poor facial recognition skills.

“Brian is ridiculously smart and funny,” Shane commented.  “He really has an eye for the small moment and he's a natural storyteller.  I've been a fan from afar and now I get to be a fan from up close.”

Billow added, “I’m honored to be part of the O Positive team and I’m also honored Jim and David allowed me to pen their quotes for this release!”