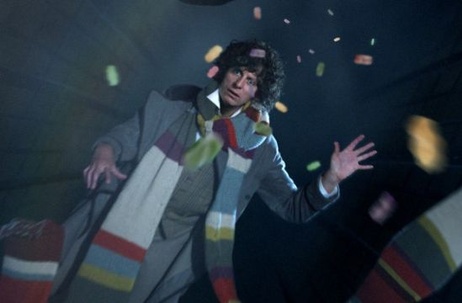 A competition by Prime to send 50 lucky New Zealand voices to the far reaches of the Moon and back, in celebration of the highly anticipated 50th anniversary episode of Doctor Who, has captured international attention with responses pouring in from all around the world.

Doctor Who fans were given the opportunity to go where no kiwi has gone before and send a piece of themselves, via voice message, more than 750,000 kilometres through space and time to the surface of the lunar body.

This was made possible by the expertise of Daniel Gautschi, a member of a niche group of radio astronomy specialists, who sent the 50 most creative and amusing voice entries into outer-space using a rare form of celestial communication called moon bounce.

“I did not expect to receive the amount of voice entries that we did. It was exciting to be a part of it. They were all very different, it’s incredible what the human brain can come up with,” says Gautschi.

The winning entries ranged from crazed fan recordings, to heartfelt messages, to a wide variety of very unusual and creative entries. In the process of sending the winning messages into the cosmos, the recordings were affected by galactic distortion, returning to Earth with a similar sound to Neil Armstrong’s famous Moon broadcast.

One fan said, “I’ve seen him, he’s like fire and ice and rage. He’s like a knight in the storm, heart of the sun. When disaster comes, he’s there. He brings a storm in his wake. Who is he? He’s the Doctor!”

One of the quirkier messages came from a dog called Biggie. After his owner commanded Biggie to speak, he responded, “Woof, woof”, becoming the first dog to speak on the Moon.

Five-year-old Doctor Who fan, James Dibble-Bell, was very excited to have his message sent to the Moon and back.

“I thought that I wasn’t going to be picked, but I was really hoping that I would,” he says.

His moon bounced message was also selected to be made into a radio advert, broadcast in the lead-up to the 50th anniversary episode.

“When I found out my moon bounced message was going to be in an ad, I thought ‘Woah!’. I played it on the computer in front of my class, and everyone laughed and thought it was funny,” says Dibble-Bell.

For Gautschi, bouncing the messages off the moon was no small task, requiring a combination of the latest equipment, a large power supply, the right lunar position and extensive moon bounce experience.

“Fortunately Moon conditions were good. Some days there is a lot more noise and the messages can get very distorted. The challenge was to get each message right as they were all very different,” says Gautschi.

“I’m very happy that they were all received. I think many people who entered the competition were in disbelief that it would be possible.

“I enjoyed working with the team to make this happen. It’s a very unique opportunity.”

To hear the winning voice messages that travelled to the Moon and back, visit the online Moonbouncer at primetv.doctorwhomoonbouncer.co.nz.