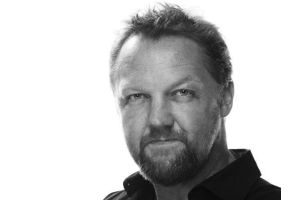 The newly unveiled panel, comprised of 10 of the most respected film industry experts, will be chaired by the award-winning innovative creative and technical special effects influencer, Angus Kneale, Chief Creative Officer of The Mill.

“The announcement of NYF’s Film Craft Executive Jury, and the appointment of a Jury Chairman the calibre of Angus Kneale, insures that entries into the Film Craft competition will be evaluated according to the quality of the execution and based on the discerning standards of some of the most creative, technically advanced, and award-winning filmmakers that the industry has to offer,” said Michael Demetriades, Executive Director of New York Festivals. “NYF’s juries have been attracting the best creative minds worldwide, we are proud to announce the Film Craft Jury will offer the same for the Production Community. This esteemed jury will come together to curate a body of film work that is representative of unparalleled creativity and worthy of being called the World’s Best Advertising.”

Angus Kneale, Chief Creative Officer, The Mill  said, “The celebration of craft, creativity and innovation within our industry is so important. New York is a real hub of creativity within the advertising industry, and as a New Yorker for over 15 years now, I'm excited to be partnering with the team of judges at the New York Festivals International Advertising Awards to champion award winning film-makers across the globe.”

Angus Kneale brings both creativity and leadership skills to his role as Jury Chairman, with over 3 decades of extraordinary effects-intense experience, working on high-end projects for international brands. Angus is particularly active in pushing the boundaries of emerging technology, innovation and creativity. He is one of the chief architects of the revolutionary Mill BLACKBIRD, the world’s first virtual car. He is also one of the pioneering forces in the development of Mill Cyclops, The Mill’s next generation proprietary virtual production toolkit.

Angus helped launch The Mill New York in 2002, and is part of The Mill's Group Executive Board helping set creative strategy for the entire business He has been awarded a wide range of accolades, including VES awards, gold Cannes Lions for both creativity and innovation and multiple D&AD awards. Having overseen many of The Mill’s most highly acclaimed projects, Angus’s leadership has helped propel the Mill to be one of the most awarded and admired studios in the world.