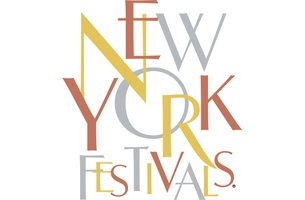 “We’re extremely excited to announce the final members of the 2014 New York Festivals Executive Jury, and we know they’re excited to jump in and start evaluating the entries we’ve received from 100 countries around the world,” said Michael O’Rourke, President of New York Festivals. “It's very humbling to have assembled such an influential group of industry experts—these are people at the very top of their creative game. We’re honored to have the participation of each and every one of them.”

Check out the entire jury at: http://advertising.newyorkfestivals.com/jury/executive/?year=2014

The 2014 New York Show™ events will take place on May 1st and feature creative panel discussions, keynote speakers, networking events, the awards ceremony, and an after-party to honor the winners. All New York Show events, and the 2014 awards ceremony, will be held at the New York Public Library’s Beaux-Arts landmark Stephen A. Schwarzman building located at 455 Fifth Avenue in New York City.