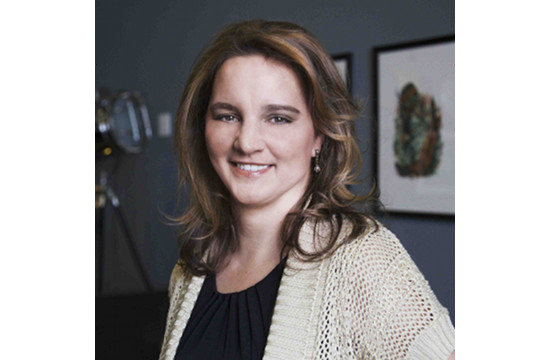 “We are thrilled to welcome Desiree to our team at NuContext ” says Guice. “Having collaborated with Desiree on so many projects over the years, it was clear that she was the perfect fit for our agency and our clients. Desiree has a winning combination of the right relationships, the talent and expertise to build and lead our team here in New York. Over the years, we’ve been spending more time shooting and working in New York for clients on both Coasts, and I am so excited that they can now count on the same NuContext production experience wherever their project needs to happen.”

Desiree Tobin joins NuContext after almost a decade at USA Network where she oversaw the production and planning of on-air promotion for the cable network. At USA, owned by NBC Universal, Tobin helped manage an annual, multi-million dollar, on-air production budget, as well as 20+ staff and freelance creatives. Tobin was instrumental in introducing and implementing new technologies at USA in order to increase workflow efficiencies within a demanding promo delivery environment, including the conversation to an all-digital workflow at USA. Prior to her promotion to Director of Production at USA, Tobin served as Senior Project Manager there for five years. Before her work at USA Network, Tobin was Production Manager at Strand Communications, a boutique production house which collaborated with clients such as Paramount, New Line, Lifetime, E!, and King World. Tobin got her industry start at Lifetime Television as an On-Air Promotions Coordinator.

“I couldn’t be more excited to join Angela and her team,” explains Desiree Tobin, NuContext’s Vice President of Production “I have known Angela for eight years now and have so much respect for her and the company she has built. I admire her drive and ability to put her clients at ease in any situation. I really want to put NuContext on the map here in New York this year; and expand the company’s client base. We will also be rapidly growing the New York office and staff, so that we have production and postproduction capabilities here on the east coast. Our ultimate goal is for the New York and Los Angeles offices to be on par with one another in terms of size and capabilities, operating as one cohesive entity to meet our clients needs, no matter where they are in the country.”

NuContext opens its New York office, under the management of Tobin, right on the heels of an incredible start to 2014. In January, the NuContext team hit the snowy streets of Park City, Utah, for the Sundance Film Festival. The NuContext team collaborated closely with the network’s on-air promotion and branded entertainment team on 11 branded content campaigns for this year’s festival sponsors, which included an unprecedented 30 integrated and branded spots in all. The branded and integrated campaigns were conceived, shot, edited, and posted by the NuContext team in Park City and Los Angeles; and will air nationwide on the SundanceTV and AMC through February. The diverse list of brands NuContext collaborated with on the Sundance branded and integrated commercial campaigns included: Chase, Acura, AT&T, Hershey’s, Experian, Brita, Lenscrafters, LegalZoom, Experian and Lays.

“We were in such great hands working with Angela and the NuContext Creative team at this year’s Sundance Film Festival,” says Jessica Gleason, VP Production, On-Air Promotion and Branded Entertainment for SundanceTV. “They have unparalleled levels of both creative moxie and production savvy. It’s so great to work with a company that can maintain both of those strengths during a massive and intense production like the Sundance Film Festival; and it really made them a dream to work with. We are all so proud of the work they did for us at SundanceTV. From our Branded Entertainment clients, to the channel’s top executives; everyone is beyond thrilled with the results.”

“SundanceTV is a dream client and working on this project was the experience of a lifetime. We have a long-standing and established relationship with the talented team at SundanceTV, having collaborated with them on many successful projects over the past year,” concludes NuContext Founder/EP Angela Guice. “It’s rare to have the opportunity to work so closely with a channel’s marketing and production teams in tandem while developing and producing content, and the success of the collaboration really shows in the final product The Sundance Film Festival is the tent pole event of the year for the channel, and we were honored and delighted to be selected as their production partner for the 2014 on-air campaign.”