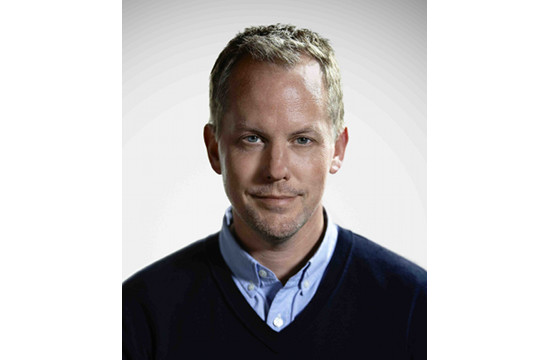 Ntropic has welcomed Tom Wright as Managing Director, North America. He joins Ntropic founder Nate Robinson in guiding the company across its Los Angeles, New York and San Francisco offices. Wright, previously SVP, Director of Integrated Production, at twofifteenmccann developed his approach to advertising and production in senior leadership roles with some of the most awarded creative agencies in the industry and on some of the most successful content brands in recent memory - most notably with Xbox. Wright also led production on last year’s Cyber Lion awarded Help Remedies campaign, the Halo4 launch and the TED-honored Xbox Kinect Effect work. Wright's experience also includes executive roles working with brands as diverse as Jeep, Ray-Ban, Sprint, Hewlett Packard, Ford and Coca Cola.

In his role, Wright is guiding the strategic direction, growth and development of the creative production offering of Ntropic. For Ntropic’s founder Robinson, having Wright on board as Managing Director gives him a partner in the management of the company and its three offices and will allow him to focus solely on creative projects. “I’ve known Tom for a very long time, and was looking for just the right person to take my vision for the company to the next level,” explains Robinson. “He has a very unique skill-set and perspective coming from the agency side, and he’s an extremely thoughtful person. He thinks things through in an intelligent and thorough way and understands creative cultures. After talking seriously about this, I knew he was the right person to elevate Ntropic as a company and a brand, and to open us up to the opportunities of an evolving industry.

“I’ve followed the growth of Ntropic for years, and they’ve done it in a smart and artful way, to the point where they can collaborate and create engaging content for any platform,” says Wright. “It’s an adept team that draws on the wisdom of veteran producers and established creative directors, along with strong new voices of emerging artists, colorists and technologists. Ntropic combines the craft and organization of an established studio with the instincts and open energy of a start-up. And we have the advantage of three North American offices that share a creative culture and focus that I'm looking forward to developing further.”

Ntropic’s recent projects include working with artist Marco Brambilla on his latest 3D video installation “Creation [Megaplex],” which opened as a solo exhibit in New York. The studio also recently partnered with Team Detroit on a web campaign for the new Lincoln MKZ luxury sedan. The campaign was shot on location in Spain’s City of Arts and Sciences, and included the creation of three CG heavy films for the Lincoln MKZ site, along with other cross-platform uses. Other Ntropic projects include CG Automotive work for Buick Lucerne and LaCrosse, and a new live action and visual effects campaign for Franklin Templeton, which aired during the 2013 Australian Open.

“I’m excited by the idea of continuing Ntropic’s success and moving into emerging areas,” concludes Wright. "We have a body of work that spans production and UI work for technology and start-up clients, gorgeous work for automotive and beauty, as well as established color correction and design practices that support the commercial finishing and entertainment work that's always been a part of what the company does. We're in a great position to evolve as the production landscape changes in the year ahead.”