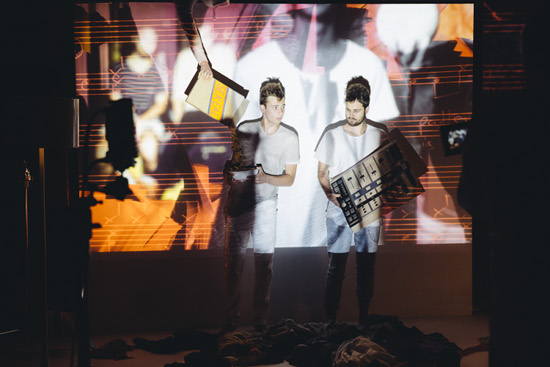 The NSW Government has engaged creative youth charity I-Manifest, rising production duo What So Not (a side project of multi ARIA Award-winning artist Flume and Emoh Instead), and the best of Sydney’s fashion, media and film world. The creation of innovative career videos for the creative industries is a marriage of education and entertainment, addressing real world issues and an integral element of the government’s Innovation & Industry Policy.

The project sees students immerse themselves backstage with Australia’s best creative minds to co-produce a big budget film clip, all via the comfort of their home computer, i-pad or mobile phone. This unique collaborative experience culminates in an interactive music video for What So Not’s new single Jaguar, (currently number 1 on the Hype Machine Chart that tracks international blog pickup and will be officially released December 6). The video for Jaguar, is set in a choose your own adventure format where the viewer plays their part in the making of the film clip, explored from a choice of seven creative journeys (film, photography, fashion, TV, radio, music or animation).

The NSW Government’s Innovation policy seeks to encourage economic growth in key areas of the NSW economy and in regional NSW, specifically in the creative industries (including film, fashion, design, music, media, advertising, print & more). These creative industries have been identified as a key factor in then NSW’s continued future prosperity.

Acting Premier Andrew Stoner, the Minister for Trade and Investment, said the videos were a practical way to educate and inspire the State’s next generation of creative professionals.

“The interactive video content provides young people, parents and career advisers with the latest information about the realities of working in the creative industries,” he said. “In NSW, the creative industries directly employ more people than mining and agriculture combined, and generate around $1.4 billion each year in exports.”

“We need to promote to young people the importance of creative industries to their future and to the growth and competitiveness of the State’s wider economy, in addition to their positive social and cultural impact,” Mr Stoner said.

I-Manifest is a charity connecting young creative minds to visionary people and organisations, providing access opportunities to a tertiary education and prosperous career. I-Manifest also empowers disadvantaged and rural teenagers to a realistic future in these creative industries.

The project came to life when I-Manifest engaged its creative agency, Feeling along with Sydney powerhouse post production company Heckler and a crack team of Sydney based creative companies, including Nylon Studios, 301, Sixty40, Paperhouse, AZB Creative and more, who have donated and invested near six months of planning and production to bring this project to fruition.

The interactive music and career video features wisdom and inspiration from the likes of stylist Pip Edwards (design director at General Pants), Maz Compton (presenter at 2Day FM), Kate Peck (MTV VJ), Chris Emerson & Harley Streton aka Flume (together as What So Not) as well as animator Mark Simpson (founder and creative director of animation studio Sixty40), plus a host more. Highlight features includes the ability to turn the music video into a computer game and collect the key to unlock What So Not’s secret remix.

The campaign launches with two events on Thursday 5th December. The first will be held at the Museum of Contemporary Art with government and arts, creative, innovation industry association leaders from 12-2pm. The second event is a warehouse party at The Puritan Chocolate Factory from 6pm onwards for media, music and creative industries.