NRMA Insurance 'Bringing Your Football Back' 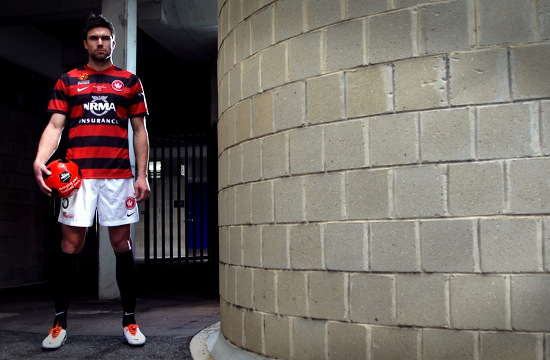 NRMA Insurance, major partner of the Western Sydney Wanderers, has released a short video with star players from the club showcasing their standout first season with the premiership-winning A-League club.

The video, that stars captain Michael Beauchamp and gun midfielder Aaron Mooy, features highlights from the brand’s multi-platform ‘Bringing Your Football Back’ leverage campaign. The campaign ran for the length of the A-League season and incorporated a variety of experiential activations both at match and in the community, complimented by a media campaign across print, radio, digital and out of home.

John Lewis, Head of Communications – NRMA Insurance said: “We’re extremely proud of what we were able to achieve in our first season as major partner of the Western Sydney Wanderers. ‘Bringing Your Football Back’ was a really effective campaign built upon our roots within Western Sydney and the fact the region represents the cultural home of football in Australia”.

The focal point of the campaign was the NRMA Insurance Ball Amnesty, which in partnership with The Salvation Army’s Oasis Youth Foundation gave fans across the region the chance to trade in their used sports balls for a brand new NRMA Insurance Wanderers soccer ball.