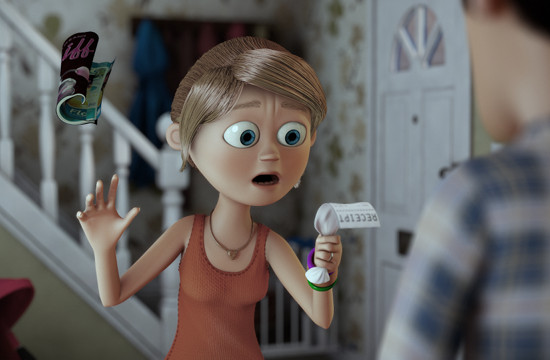 NOW TV, the internet TV service from Sky, is today launching an animated campaign for the NOW TV box, the compact and easy-to-use box that converts your TV into a ‘Smart’ TV for less than £10.

The animated campaign, which has been created by WCRS, uses the new brand line “That was then. This is NOW TV”. It compares the woes of “then”, a life without NOW TV, with the benefits of “now”, a world transformed by NOW TV.

As part of the new campaign launch, WCRS has been awarded an expanded remit and will now handle all direct response advertising in addition to brand building activity for NOW TV.

Launched this summer, the NOW TV Box is a compact and easy-to-use box available for just £9.99 which connects your TV wirelessly to the internet.  Once connected, homes with the NOW TV box will enjoy convenient and contract-free access to BBC iPlayer,  Demand 5, BBC News App and Sky News, plus NOW TV – offering instant access to Sky Sports and Sky Movies. NOW TV box users can also access other popular online services such as Facebook and Spotify – all delivered over broadband to the big screen TV

The campaign will later focus on services available from NOW TV, including the Sky Sports Day Pass – offering unlimited access to all six Sky Sports channels for just £9.99 for 24 hours - and the Sky Movies Monthly Pass, which lets customers enjoy access to the biggest and best Hollywood movies from Sky Movies for £8.99 a month.

Gidon Katz, Director, NOW TV, said: “The new NOW TV box provides millions of people with the opportunity to transform their normal TV into a Smart TV for just £9.99. We’re delighted to be launching this new campaign which highlights how the NOW TV box can transform TV viewing in households across Britain’.

Matt Edwards, Chief Executive of WCRS said: “NOW TV is a transformative brand and deserves a cut-through creative campaign.  The structure of ‘That was then, this is NOW’ is designed to clearly demonstrate the many amazing benefits NOW TV brings to viewers.”

The integrated campaign will run across TV, press, digital and CRM.