Nouvelle Vague: The Hot French Talent to Watch Out For

From creatives to animators and directors, we scope out the coolest young talent you need to know 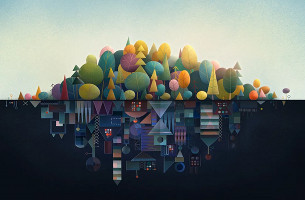 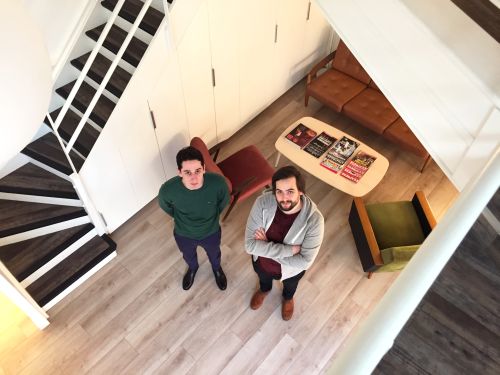 Simon Ohayon (Copywriter) and Joachim Lesne (Art Director) met at the French advertising school, Sup de Pub Paris. After each completed an internship, at Publicis Conseil and DDB, respectively, the two came together at BETC to unite as a team.

There, they took the top prize at the “BETC Academy”, an annual competition organized by the agency pitting the best interns against each other in a pitch environment. They won their idea for the activation of a business-oriented campaign for Uber, while also working on several high-profile accounts, including Peugeot, Ricard, Sixt and Canal+.

Since arriving at Altmann+Pacreau they have directed a film for the comparison website JeChange.fr and the team has already received recognition for creativity. Their work for the brand Viking coming in second at the Battle Radio Factory 2014, and their print campaign for Viking iMow having been chosen for publication in Vol 03-2015 of Lüerzer’s Archive. They were also shortlisted in French magazine Strategies’ annual list of best young creative teams.

A creative collective who really want to make you think, Parachutes have applied their graphical stylings to subjects as diverse as mathematics and the history of animated typography. Earlier in the year they also made their music video debut with the warped nostalgia of their ‘Darlin’ Cela’ promo. Nicolas Lefaucheux, Thibault de Fournas & Yann Pineill met in Penninghen in 2008, while studying graphic art and while their working relationship began life as a competitive one, they found that putting their heads together was much more productive. 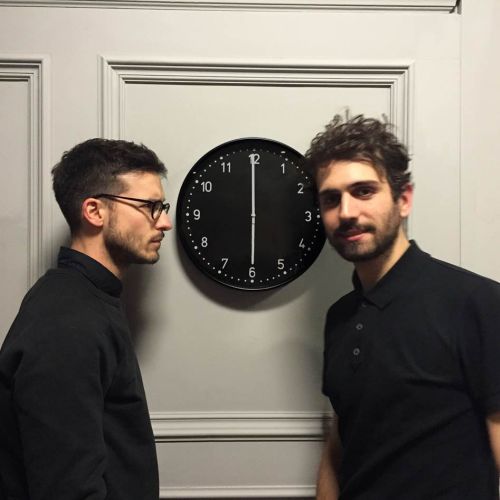 Truman & Cooper, aka Anthony & Jonathan, were destined to direct together. Before becoming directors, Anthony wanted to be a rock star, but Jonathan was always around a camera, making his first homemade videos at age eight. They met in high school and though they briefly parted ways (one to study architecture, the other to pursue video and graphic design) the Paris-based twosome are back together. And thank goodness! Their work “Hope” by Kid Wise won four international awards in 2014, including being featured in the prestigious Saatchi & Saatchi New Directors’ Showcase, their music video for Rag’n’Bone won second prize at the Young Director Award in 2015, and they won the Best New Director category, celebrating a full year’s work, at the UK Music Video Awards in 2014. 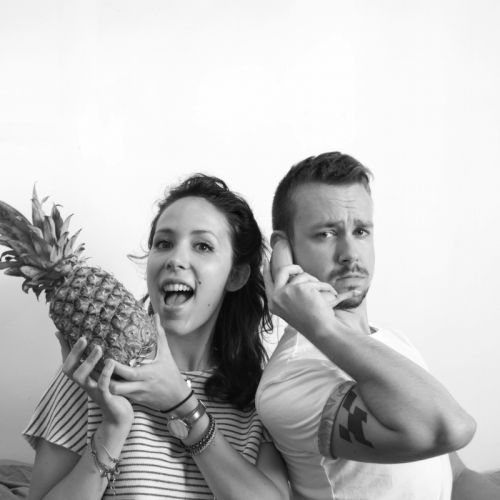 Young, emerging directors at Chez Eddy, Emmanuelle & Julien, know comedy. Emmanuelle, an incredibly talented character designer, and Julien, an expert 3D artist, first gained massive attention for their graduation film from SupInfocom, A La Française. The project — a series of silent gags about the 17th Century French aristocracy, portrayed as stuffy, slightly hedonistic chickens — won a string of awards when it was released in 2012 and was the highlight of numerous festivals that same year.

With the same subtle humour, expression and comedic timing found in their shorts, the duo has also been taking on commercial work, and the ad world has taken notice with a number of character-driven spots under their belt.

This young creative duo have certainly got tongues wagging in Paris with a whopping three independent recommendations by typically hard-to-please production company Eps. They interned at Publicis, Marcel and Mother London and since starting their first job at DDB in 2011 they’ve won Cannes Lions (one gold, three silvers and one bronze) on three different projects… while also netting plenty of other awards such as One Show, D&AD, ADC France, ADC New York, ADC Europe, FWA, Webbies, Eurobest. 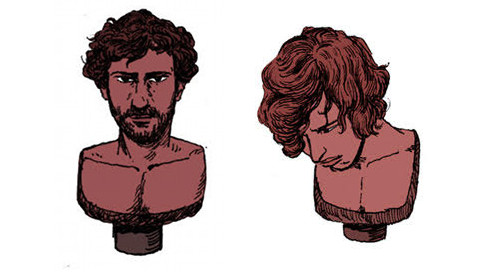 Ugo Bienvenu & Kevin Manach are a director-illustrator duo. After attending the renowned art schools Les Gobelins, Les Arts Décoratifs in Paris and CalArts in California, Ugo & Kevin never have stopped working. From music videos, short-movies, idents for David Lynch’s nightclub ‘Silencio’ and collaborating on feature and documentary films with Canal+ or Planète. Their last piece of work is the elegant and disturbing music video ‘Fog’ for Jabberwocky.

In parallel they also are working on the development of their first feature, ‘Domenica’, which has a breath-taking trailer. Their illustrations have featured in a multitude of magazines and have been exhibited in several Parisian galleries. 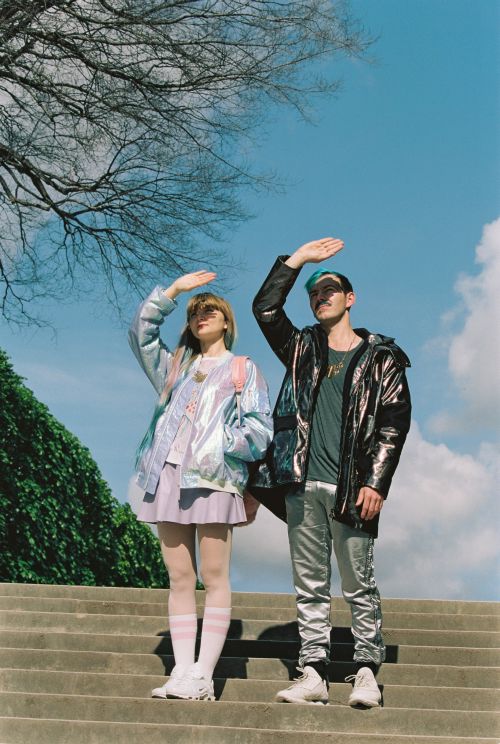 Victor is a true dreamer, who sees no limit to what man can create, and whose obsession with independent cinema, especially science fiction, is clearly visible through this work. Every dreamer needs a "grounder", and Victor found his in Ines. Victor's partner in crime, Ines' career as an art director and 3D artist and her permanent thinking process, have led to her unique individual style, a perfect match to his. These two directors complete each other, each bringing in inspiration and talents from their different backgrounds: digital art and music for him, luxury, fashion and advertising for her. She has the art direction, he has the vision – and both are currently killing it at Wanda. 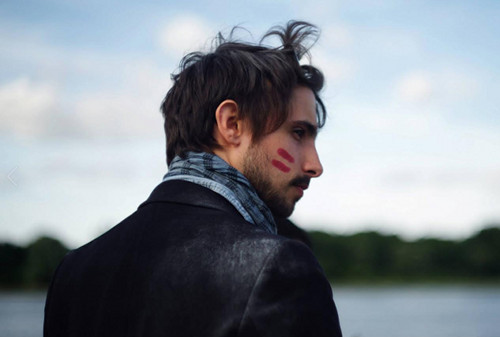 Axel studied illustration and photography at the renowned Art College Penninghen in Paris and at the Art University Bournemouth where he developed his love for animation. After graduating he started working as an artistic director on a multitude of advertising films for clients such as Ikea, Darty and Agatha Ruiz de la Prada.

In parallel he started directing short films mixing live action with animation. His first, a fantastical adventure called ‘Le Dernier Homme’, was picked up at numerous film festivals (Palm Springs, Rhode Island and Festival of Nation to name a few). After the success of his short film, Axel started to work as a director in his own right and directed the ad celebrating 80 years of Lacoste and the crazy music video for the Big Bang. 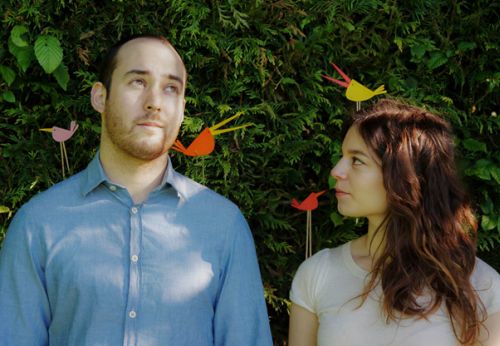 Both graduating from Supinfocom, Burcu & Geoffrey started directing projects together during their studies and they now create work with Troublemakers. This young and talented duo is composed of Burcu, a young woman from Istanbul who is passionate about illustration and design, and Geoffrey, a Frenchman who is fascinated in 3D animation as well as the technical aspect of the art form.

Together they directed the short animated film, ‘Tant de Forêts’, as part of a Jacques Prévert collection that was broadcasted on France 3. The success of this work led it to being recently selected for the 2014 competition of the internationally renowned Annecy Animation 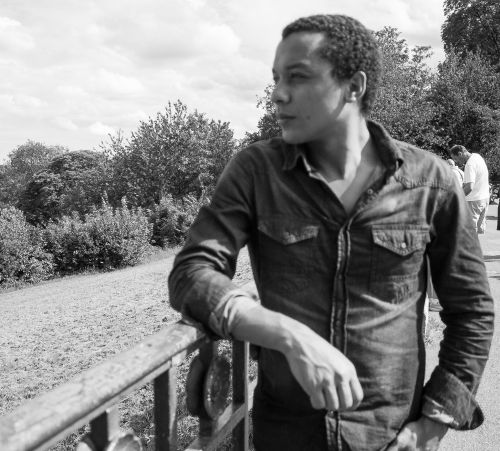 Marc-Thomas Cavé was born in 1986 and is currently one of the FX 3D supervisors of Digital District. After a Baccalauréat S, he continued his studies with a DUT in Computer Science (communication services and networks) before developing his passion for VFX and 3D animation.

He then joined the company Def2shoot that later became Digital District where he specializes in SFX and stands out very highly through his many qualities. He naturally became one of the most effective 3D supervisors of the company by working on many ambitious commercials such as Guerlain ‘The Legend of Shalimar’, Volvic ‘The Giant’, Jean-Paul Gaultier ‘The Sailor’ and many more. The team at Digital District describe him as a strong leader whio balances technical capabilities with creative talent.

If Igor Gotesman’s Crocodile video for Adrien Gallo doesn’t hit you in the feels, we don’t know what’s wrong with you. The director is making waves at Henry’s new label ‘Troopers’, and the multi-talented dude is also a screenwriter (he recently co-wrote a film for Yves-Saint Laurent with hot young actor Pierre Niney, who also starred in the recent biopic of YSL himself). 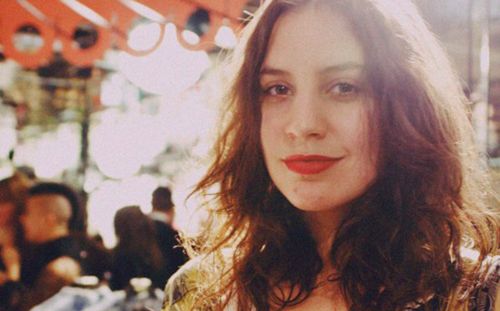 A rising young star, 24-year-old Diane Sagnier has a fresh and poetic style that radiates a natural charm, making her characters seem almost timeless. A trained photographer and musician, Diane started experimenting with film and stop-motion while at art school to combine images and music. This led her to produce music videos for many young musicians in the French music scene, where she was given a carte blanche to develop her artful approach to beauty and fashion films. She is currently at Quad. 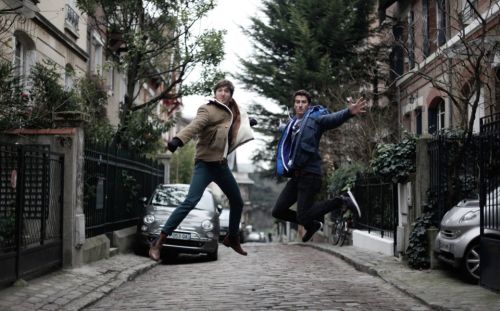 Lionel Hirlé and Grégory Ohrel met at audiovisual school in Paris. As they began working together on music videos, they realized they had complementary passions for experimenting with live-action storytelling and developed uncanny ability to find new and innovative ways to use the camera. From their use of creative perspectives and clever transitions, to their mesmerizing use of double-exposure and effects, Greg & Lio breathe life into every frame they shoot.

Sam & Emma – or Samuel Rixon and Emma Le Doyen – are a directing duo at fashion and luxe production company SlowDance. After going to film school, Samuel started his career in the worlds of editing and documentaries before turning to directing publicity spots and music videos. He mainly works in the realms of luxury items, cosmetics and fashion, for brands such as Dior, Goyard and Martell.

He crossed paths with Emma, who is a young photographer who graduated from the Duperré School and who is concurrently developing an artistic and commanding body of work, colourful and fresh.