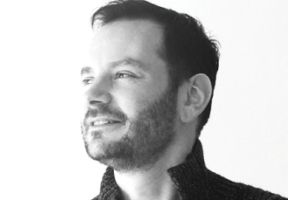 In 1982, a young actor with a recurring role as Dr. Snapper Foster on The Young and The Restless received a phone call from Brandon Tartikoff, the president of NBC at the time.

(We hear a party in the background.)

Brandon Tartikoff: Hello, David? This is the president of NBC. We’re doing a primetime show about a former cop who fights crime. The twist? His partner is a talking Pontiac Trans-Am. You in?

David Hasselhoff: Uh…yes! (Hasselhoff collapsed onto his waterbed, plunging into dreams about great things to come.)

The story of autonomous cars does not stop here. Hasselhoff’s success on Knight Rider led to Baywatch, which as we all know, completely changed the course of humanity.

Most 'digital innovations' offer immediate benefits with little regard for long-term effects. Seamless has obliterated the give-and-take battle of trying to order takeout, Tinder has created plenty of time to swipe, but little time to form meaningful relationships.

As expected, self-driving cars will have immediate benefits—the number of accidents will go down along with the amount of money we spend on owning and maintaining a vehicle. Auto companies, insurance companies and the federal government have piles of data proving one thing—people turn into jerks when they get behind the wheel. That will go away, too.

But the primary focus at SXSW this year was on the long-term effects autonomous cars will have. Self-driving cars will bring about changes on a very large scale. They promise to alter institutions like insurance, healthcare, the job market, real estate and the likelihood of another The Fast and Furious movie.

Automakers, who – for the most part – have relied on the same technology for about 100 years, are working aggressively to get self-driving versions of their cars on the road. At SXSW this year, Mark Platshon, Senior Advisor for BMW i-Ventures, recalled how the German automaker recently held a conference of senior management to plan the company’s next 100 years. Platshon noted how automakers, who typically only think a generation ahead, are now frantically engaged in long-term planning.

And it’s easy to understand why. Cars easily can go the way of smartphones—they can become indistinct devices that do little more than process information, serve up content and run apps. Motorola and HTC don’t have the same brand appeal as Facebook, SnapChat or Android. Garden variety automakers, like Chevy and Toyota, don’t want to lose brand cache to the apps their cars will run.

What I noticed was how discussions about self-driving cars didn’t carry the giddy enthusiasm most emerging technology has at SXSW. And for good reason. Every panel went into detail on working out the bugs—generally alluding to dangers of not programming for every scenario possible out there on the road, including security. An angry teenager speeding to do a Taco Bell run is dangerous. Thousands of cars swerving into each other because they’ve been hacked? That’s catastrophic.

But like Baywatch, one thing is certain—the self-driving car will evolve through the years, along with the changes it brings, and it won’t shy away from reinvention. Baywatch the movie, starring Dwayne Johnson as Mitch Buchannon and Zac Efron as Matt Brody, comes out, May of next year, about the same time Volvo plans to put 100 customers in cars with autonomous capabilities.